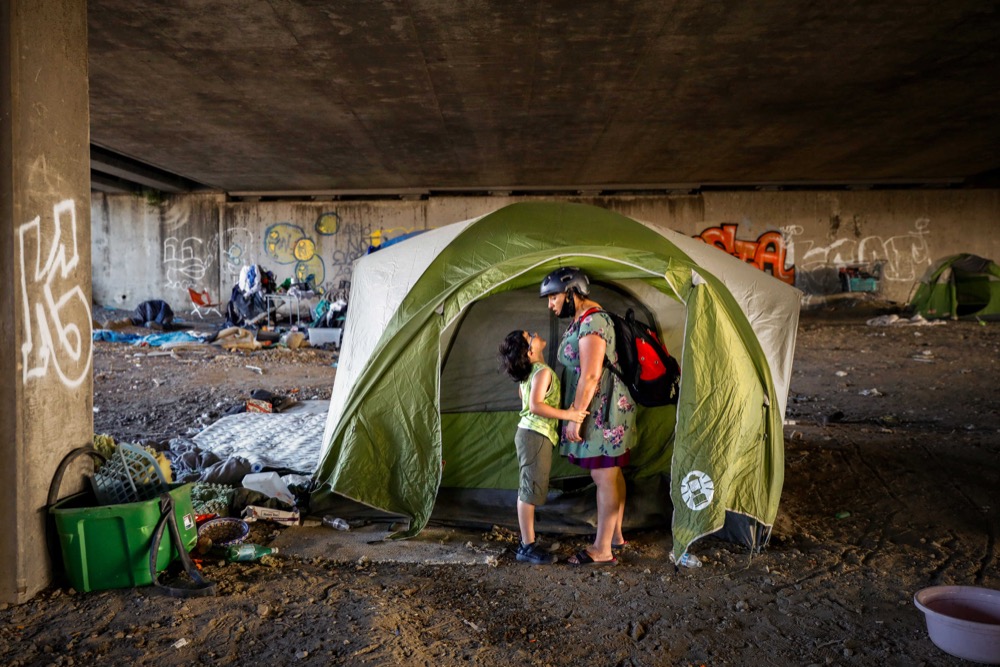 Homeless child Theo Schrager, 7, holds on to his mother Leah Naomi Gonzaless hand as they visit a friends tent at the Gilman Street underpass in Berkeley, California, on Friday, June 12, 2020. Theo was born homeless and has spent his life in unstable housing situations. For nearly two years, Theo and his mother have been sleeping on the streets and in hotels after their RV was towed in July of 2018. Theo dreams of having a home one day where he can "bake chocolate cakes in an oven" and run around the house with a dog. In 2019 Berkeleys official homeless count showed no families with children that were unsheltered in the city. But Berkeley officials know well that Theo bounces between the citys streets and hotels with his mother. Berkeley says they have tried several times to help the two find stable housing, without success. Children like Theo who grow up on the streets face further troubles as they age, studies show. They have higher levels of emotional, behavioral and health problems, and are more likely to be separated from their families. They also have an increased risk of becoming homeless as adults. 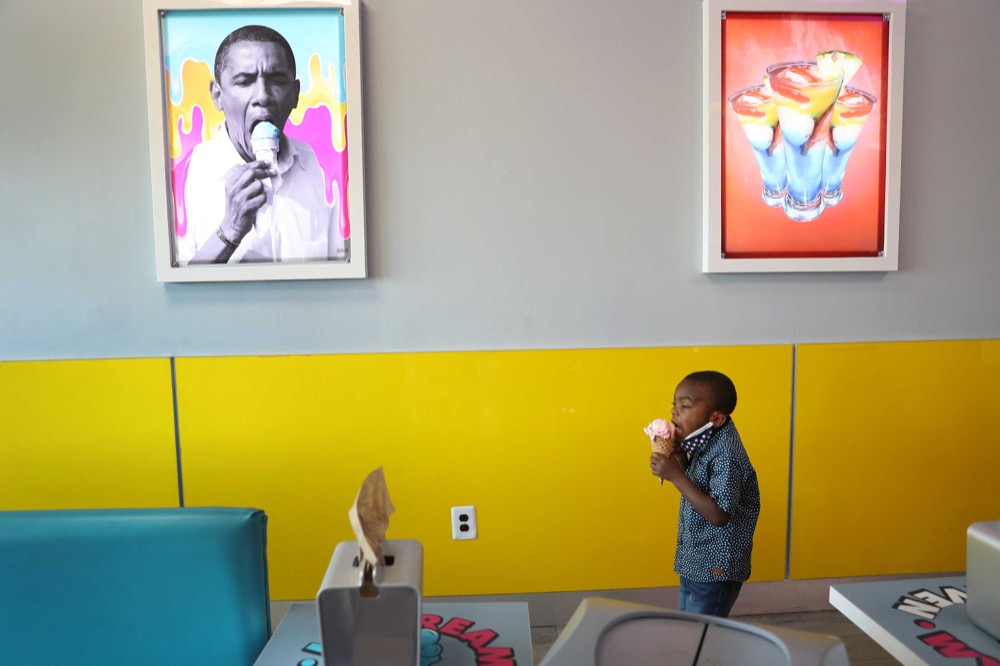 Charistan Hood, 4, eats an ice cream near a picture of former President Barack Obama at the Black-owned Ice Cream Heaven store on Blackout Day 2020 on July 07, 2020 in Miami Gardens, Florida. Supporters of Blackout Day have committed to only spending money at Black-owned businesses to showcase the economic power of the Black community. 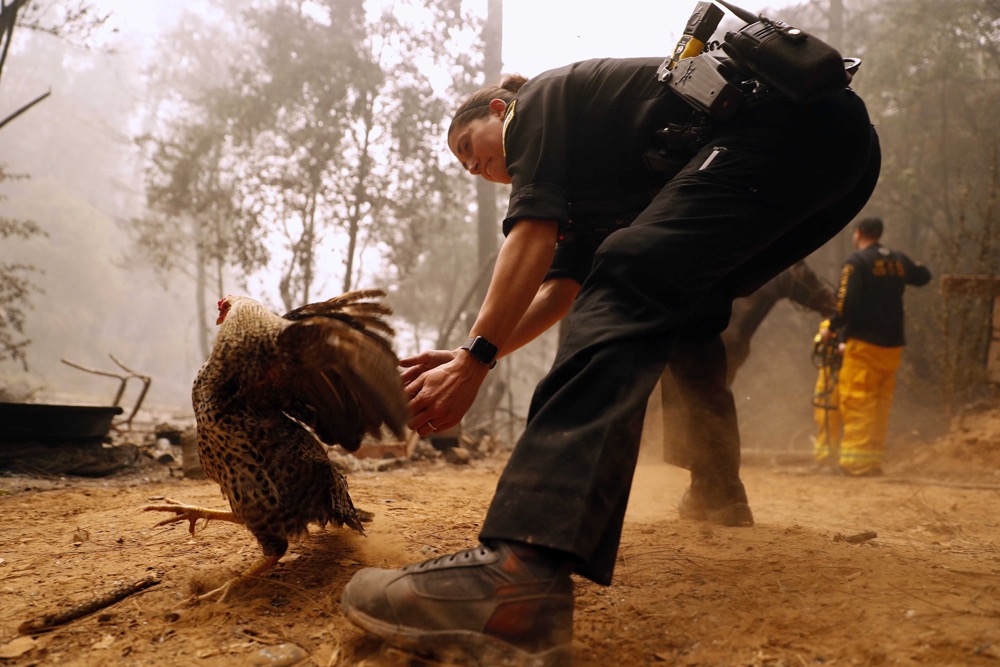 In the wreckage of a homesite along Oroville Quincy Highway, Sacramento County Deputy Sheriff Bianca Reeve fails to capture a chicken left behind during North Complex West Zone Fire in near Berry Creek, Calif., on Thursday, September 10, 2020. 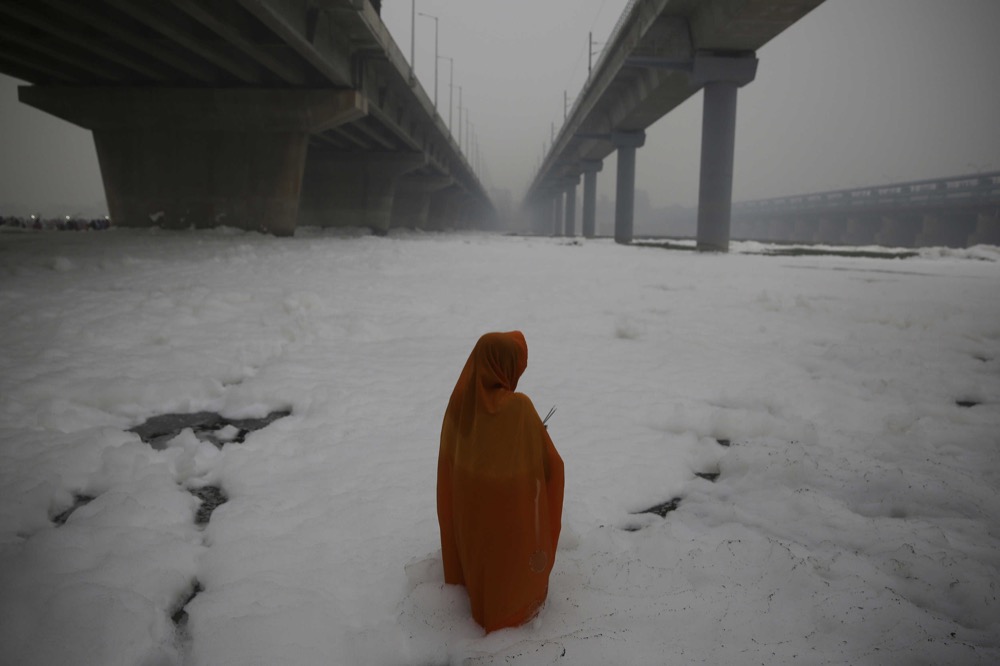