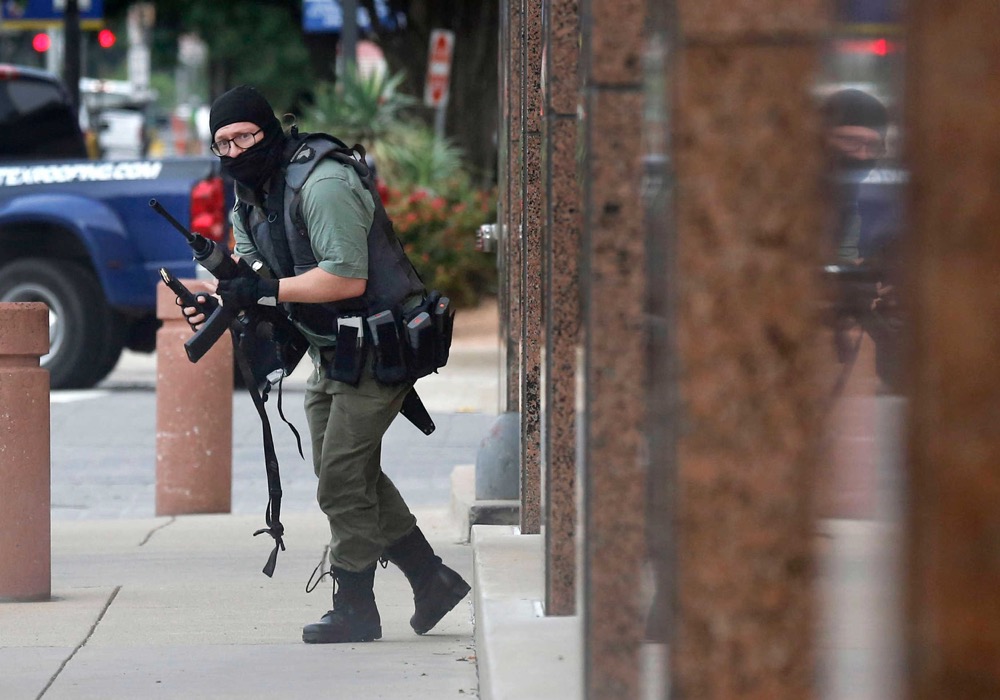 Armed with an AR-15 style rife, Brian Isaack Clyde picks up a clip before attacking the Earle Cabell Federal Building and Courthouse, Monday morning, June 17, 2019 in downtown Dallas. Courthouse security returned fire. The man, wearing a mask and combat gear, was fatally shot by courthouse security while he opened fire on the rear entry. No one else was injured. Clyde collapsed in the parking lot across the street and died at the scene. 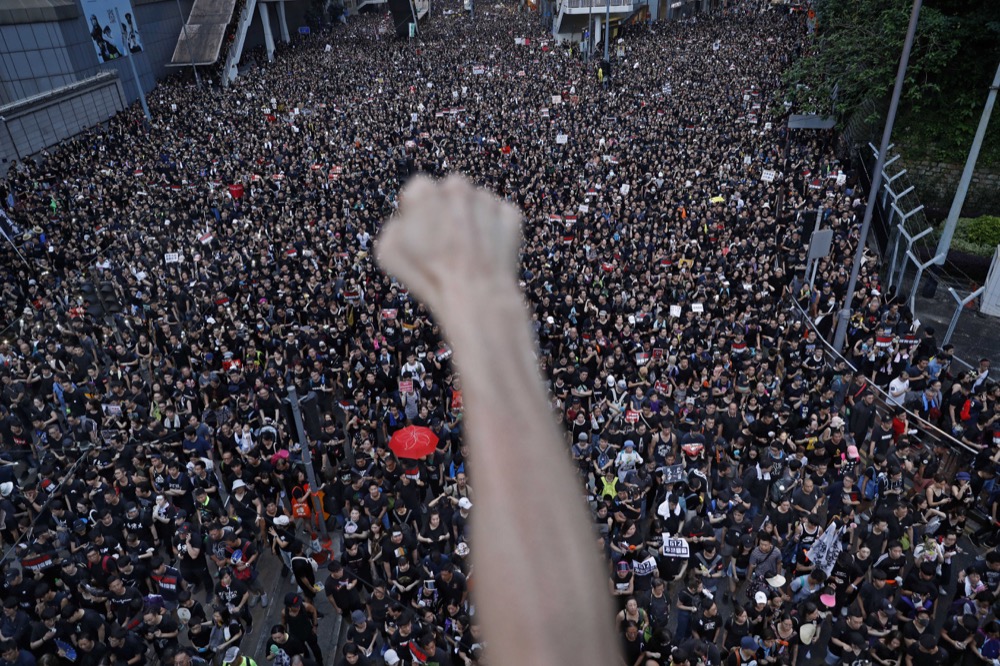 Protesters march on the streets against an extradition bill in Hong Kong on Sunday, June 16, 2019. Hong Kong residents were gathering for another massive protest over an unpopular extradition bill that has highlighted the territory's apprehension about relations with mainland China, a week after the crisis brought as many as 1 million into the streets. 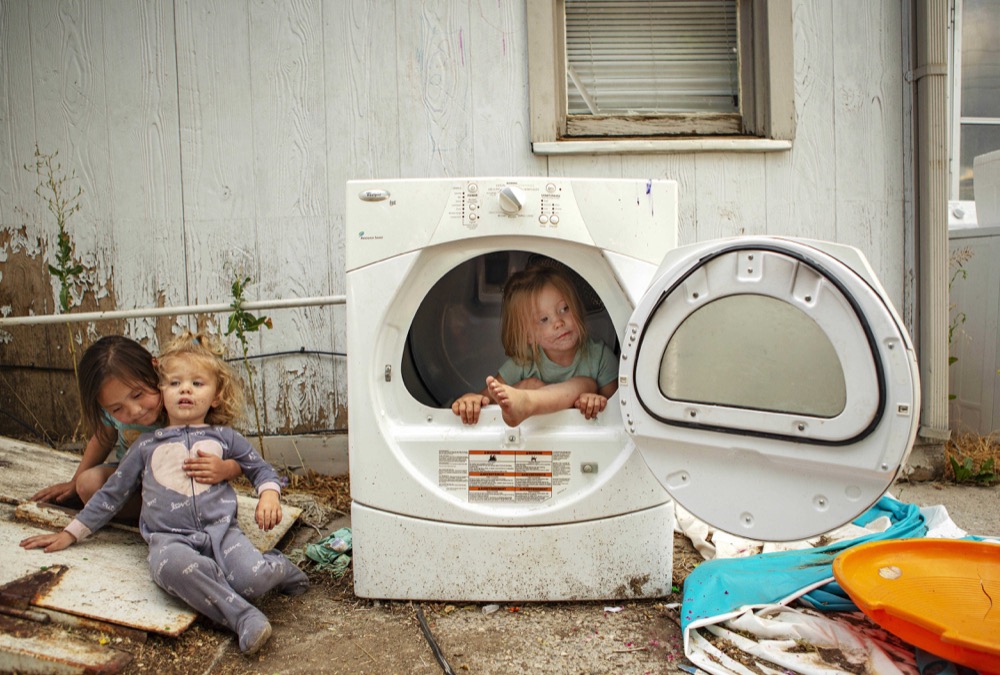 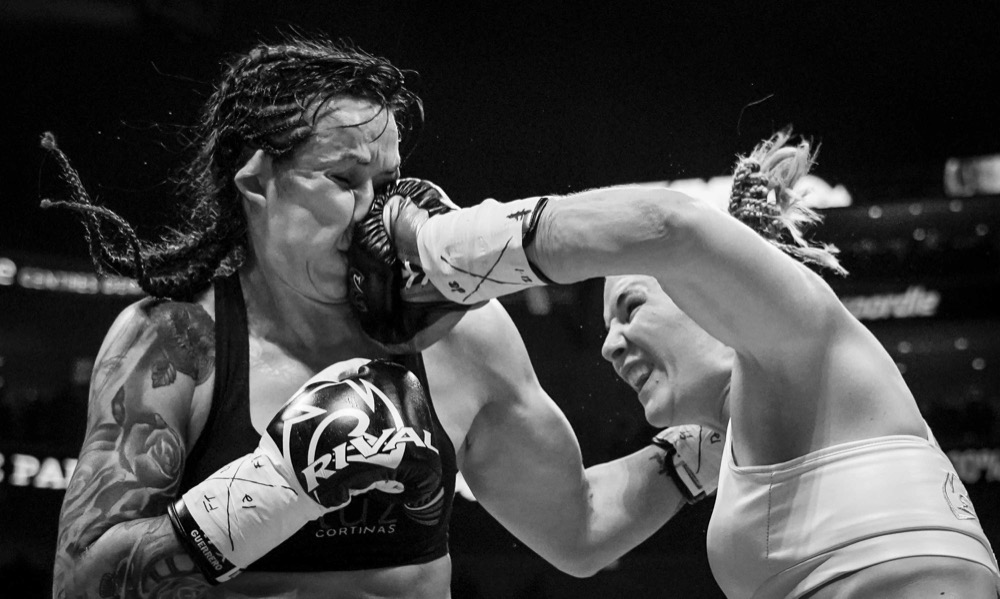 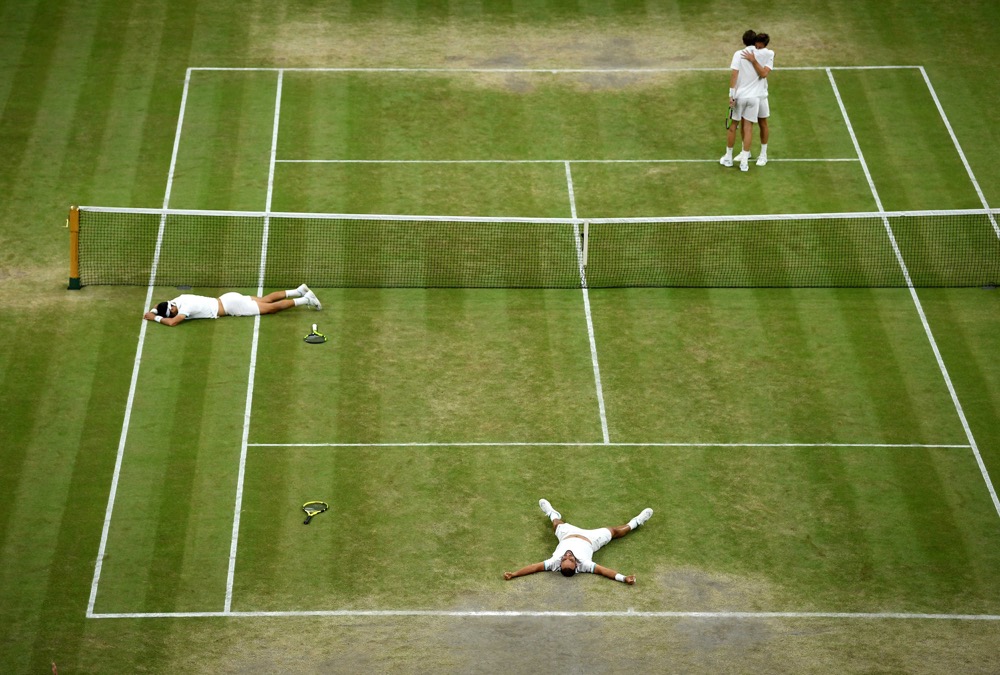 LONDON, ENGLAND - JULY 13: Sebastian Cabal of Colombia and playing partner Juan Robert Farah of Colombia celebrate match point in their Men's Doubles final against Nicolas Mahut of France and Edouard Roger-Vasselin of France during Day twelve of The Championships - Wimbledon 2019 at All England Lawn Tennis and Croquet Club on July 13, 2019 in London, England. 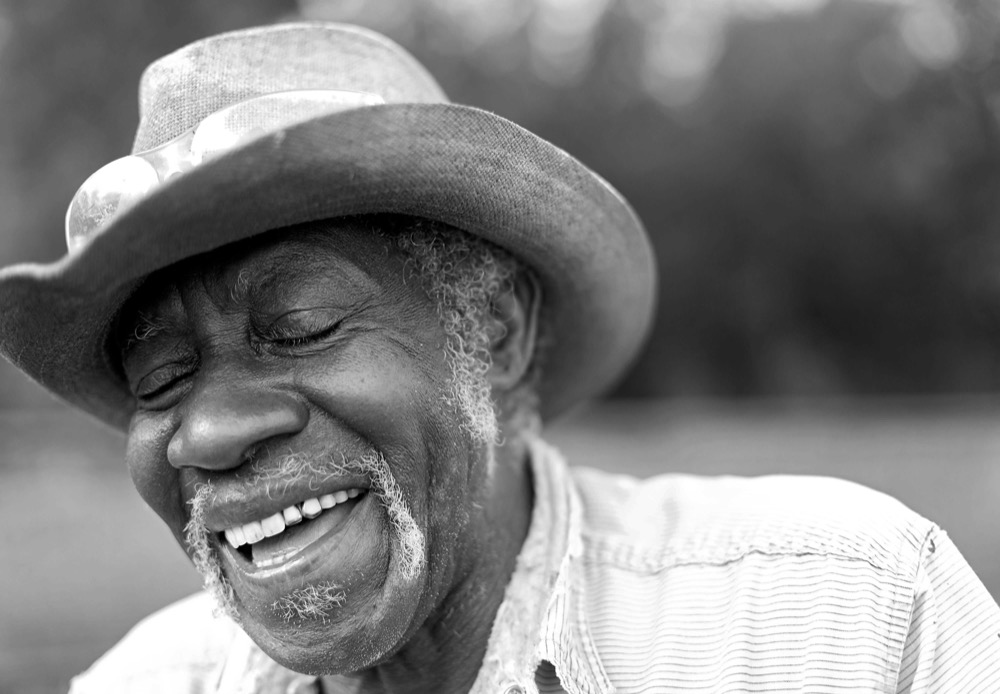 Willie Lee Cox,69, takes a break from working at a manufacturing shop in Nowata Wednesday, May 1, 2019. 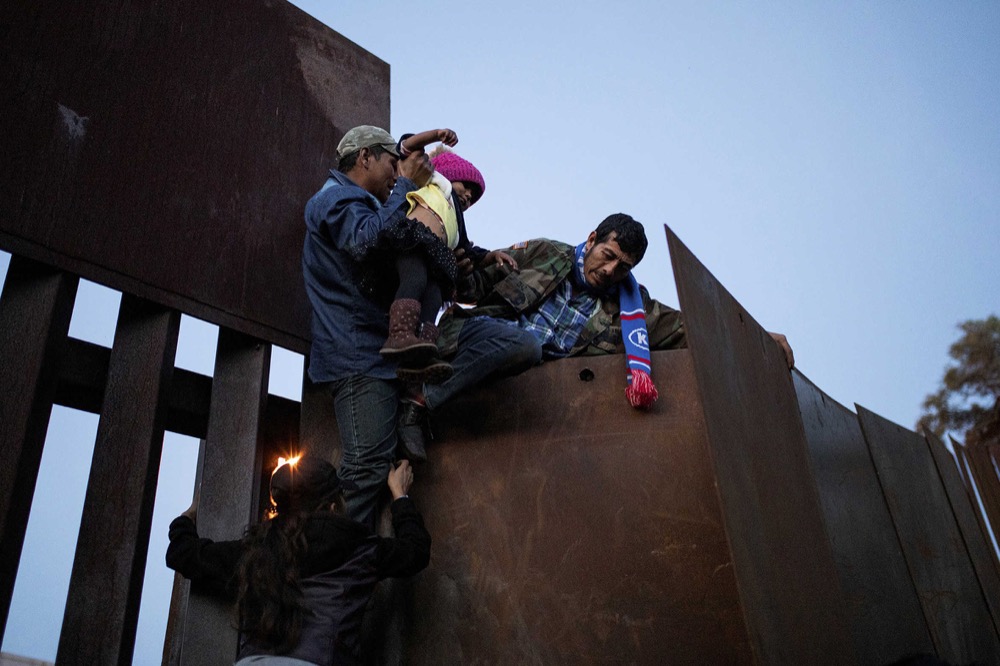 Migrants from Honduras, part of a caravan of thousands from Central America trying to reach the United States, try to jump a border fence to cross illegally from Mexico to the U.S, in Tijuana, Mexico, December 2, 2018. The faces of migrants whose trek from Central America to the United States has transfixed the continent. As they drew closer to the U.S. border with Mexico, the thousands of mostly Honduran migrants became a symbol of U.S. President Donald Trump's tough policies on immigration. The journey, made partly on foot, is punishing. And for those who reach the Mexican border city of Tijuana, the way forward is uncertain. U.S. officials have implemented a system of "metering," which limits how many can seek asylum in Tijuana. Some migrants scramble over the border to avoid a months-long wait, handing themselves in to authorities in the hope they will be released. 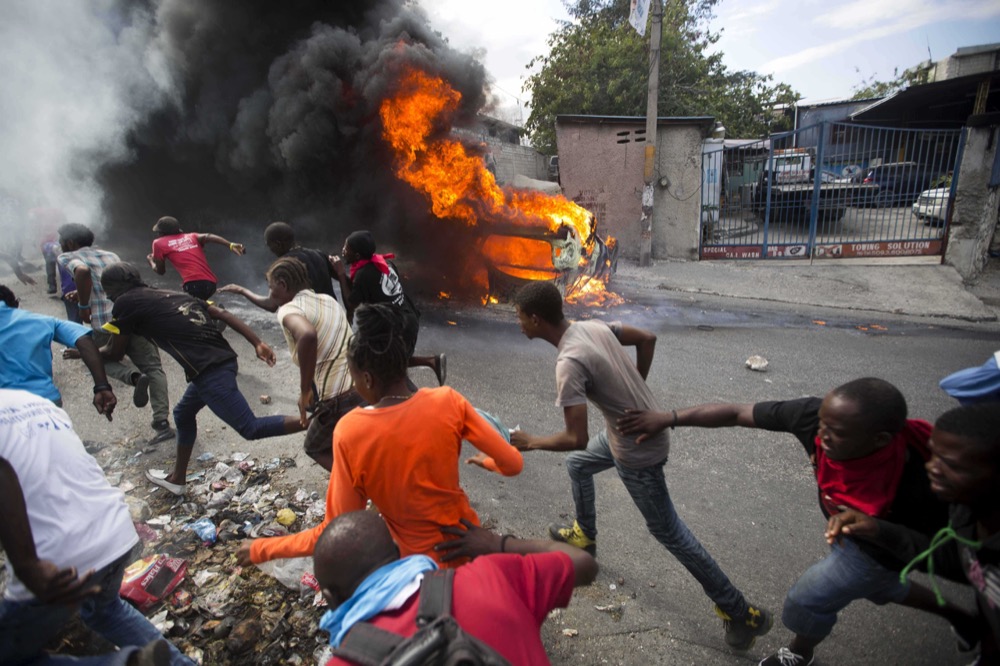 Fuel shortages, rising prices and allegations of government corruption have fueled protests in the impoverished nation. Protesters are angry about skyrocketing inflation and the government's failure to prosecute embezzlement from a multi-billion Venezuelan program that sent discounted oil to Haiti. Demonstrators run away from police who are shooting in their direction, as a car burns during a protest demanding the resignation of Haitian President Jovenel Moise in Port-au-Prince, Haiti, Tuesday, Feb. 12, 2019. 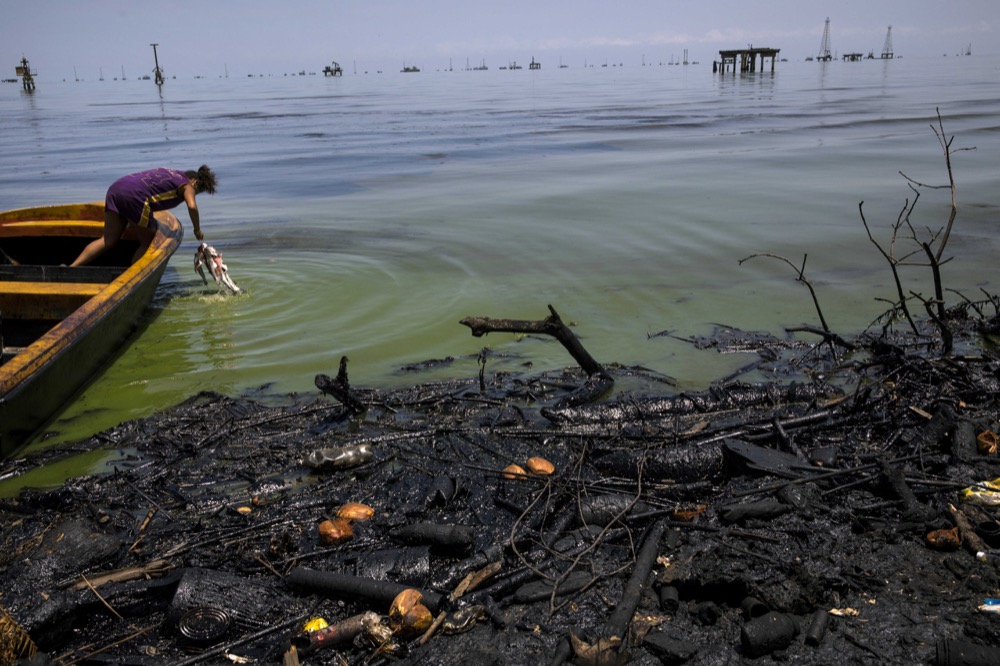 Prized oil wealth once pumped from Venezuelas Lake Maracaibo has turned the vast body of water into a polluted wasteland as boom turns to bust. Nobody lives as closely with the environmental fallout as hundreds of crab fishermen who scratch out an existence on its perpetually oil-soaked shores. Production in Venezuela has crashed to a fifth of its high two decades ago, leaving behind abandoned and broken equipment. Crude oozes from hundreds of rusting platforms and cracked pipelines throughout the briny tidal bay. Fabiola Elizalzabal washes fish caught by her father near La Salina crude oil shipping terminal on Lake Maracaibo, next to an oil-covered shore in Cabimas, Venezuela, July 3, 2019. The lake is an apocalyptic scene that's getting worse as oil-soaked gunk of trash and driftwood lines its shore. 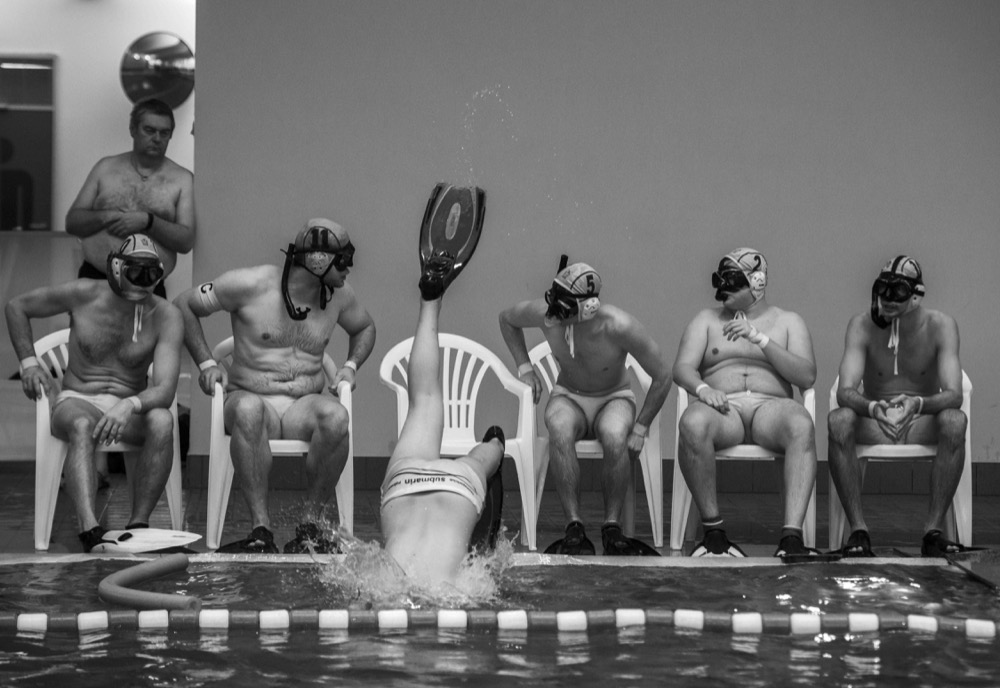 Series of Pictures, photographed during a underwater rugby games day on November 25, 2018 at Stadtbad in Poessneck, Germany. Underwater rugby is a wideley unknown sport. It is an team sport played underwater where two teams try to score a plastic ball, filled with saltwater, into the opponents basket at the bottom of a swimming pool. The Idea for this sport originally came from a member of a German Underwater Club. The first official game was played 1964 in Cologne, Germany. In this picture: Players of TC submarin Poessneck are waiting for their assignment during the 2nd underwater rugby 2nd Bundesliga match between TC submarin Poessneck and WSC Langenau on November 25, 2018 at Stadtbad in Poessneck, Germany. 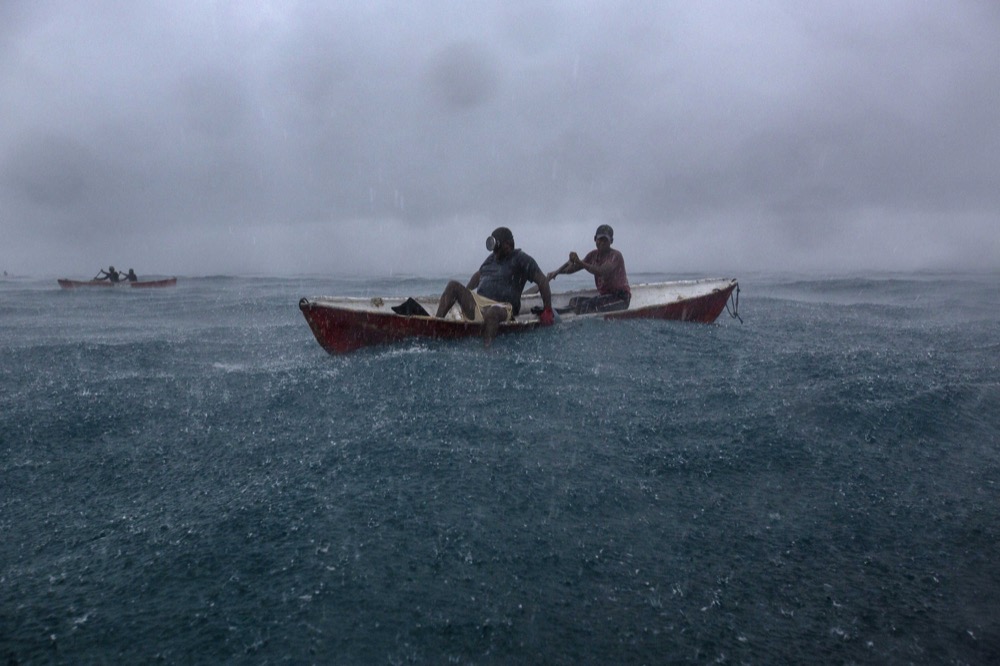 STORY 1 - Thousands of men across the Mosquitia region of Honduras and Nicaragua depend on lobster fishing to eke out a living, and like hundreds have been stricken with the bends, decompression sickness caused when nitrogen bubbles form in divers' bodies. Some are paralyzed. Some are killed. An average 10-pound daily haul of lobster is a windfall for people in one of the most impoverished regions of the Americas, so many take the risk, and many suffer for it. Safe standard diving techniques call for a gradual ascent to the surface to eliminate the nitrogen that the body's tissues absorb during a dive, and for a limit to the number of dives a person makes in a day. Many of the divers of Mosquitia dive deeply, surface quickly and then go back for more, racing to collect as much lobster as possible. The boats, where they spend days playing cards and talking among themselves between dives, often have only rudimentary safety equipment and use aging tanks and masks. In this Sept. 10, 2018 photo, Miskito fishermen fish cucumber under a heavy rain near Savannah Cay, Honduras. 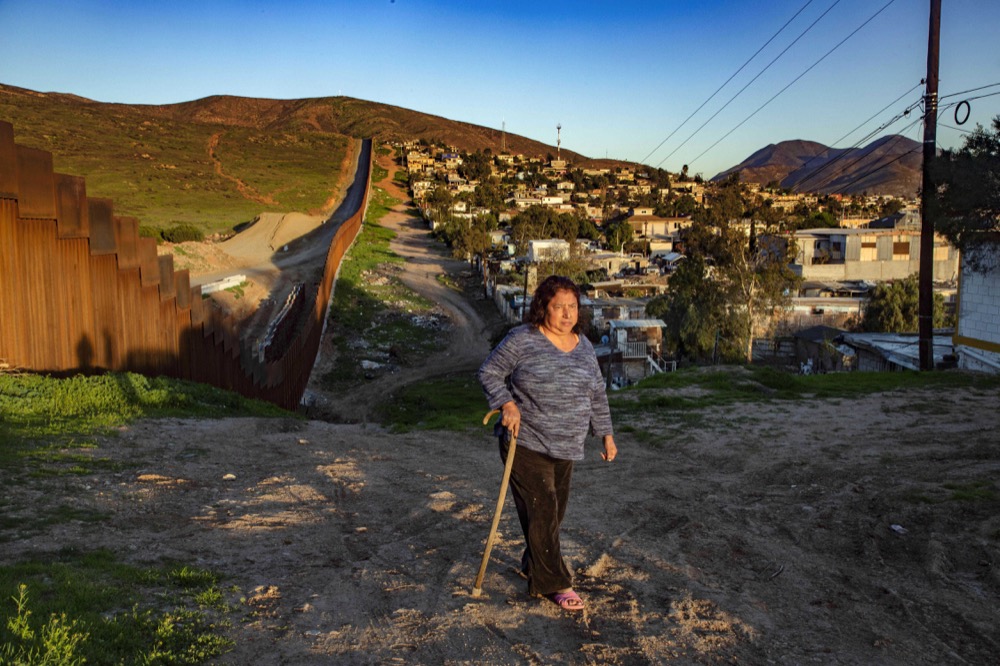 A resident of Otay, a neighborhood in Tijuana, Mexico, says she sees a lot of journalists visiting her neighborhood to report on the new border wall being built. On March 13, 2018, President Trump visited a series of prototype walls, on the other side of the border from her home, as part his expansion of the wall along the southern border. Another resident of Otay, a self-described coyote, says that helping people to cross illegally has become more difficult since the building of the new border fence. Jan. 25, 2019.

Below is a list of the winners from the 2019 Atlanta Photojournalism Seminar photo contest. Thank you to everyone who entered and participated in the contest, and congratulations to the winners!

"These entries can’t be pedestrian. It’s real photojournalism. and has to be all in – completely engaged, bullets flying, personal safety behind making the images, in the line of fire – and yet still seeing, working, shooting and capturing the moments within the moments. The Haiti essay reflected perfectly what the Hondros Memorial Award is about: it is for completely engaged photographers shooting conflict in danger, immersed in the action and emotion of terrifying moments."

"This dominated the year by very strong work from overseas, the winners being stories and pictures which rose above the rest. The judges would like to underline to the photo community that for enterprising photographers, there are great stories, important stories, richly photogenic stories which live all around us. If you call yourself a photojournalist, and understand the power of pictures to tell human stories, we would hope that entries next year will include stories shot within a block, within a mile, within a neighborhood of our photographers."

"This category is exclusively for telling the truth about a situation, subject, or event. There is no room for puff public relations pieces shot by pros who work in production as opposed to journalism. We disqualified a number of entries this year for this reason. The two stories we voted on for first and second places were both strong, but we held back on third this year."