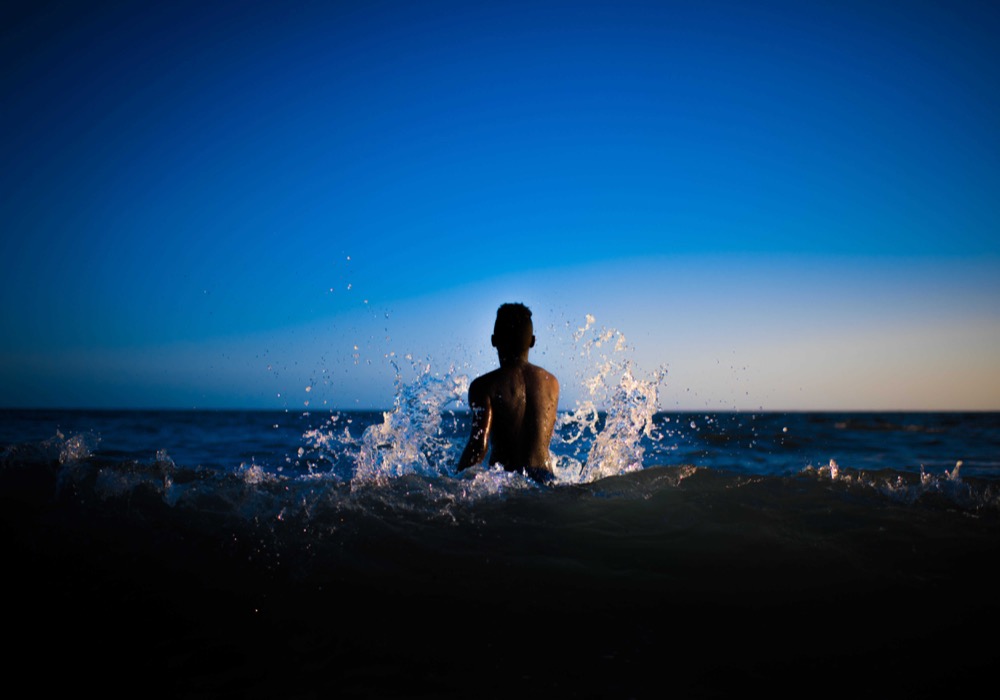 Jadon came from Texas with his family to swim in the waters off Santa Monica Beach. Santa Monica, California. June, 2018. 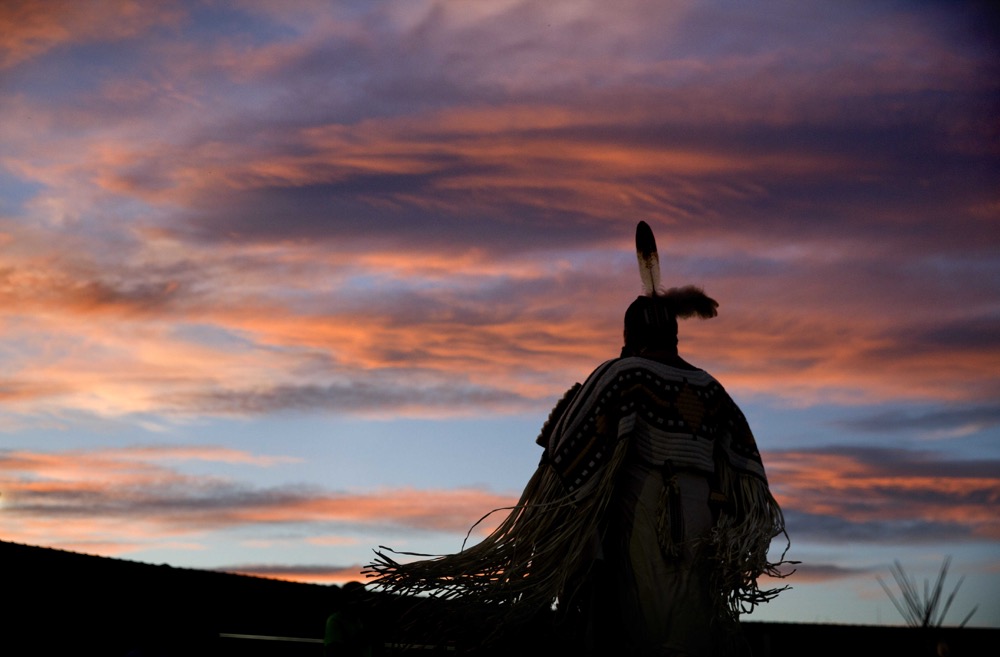 A woman performs a traditional Native American dance during the North American Indian Days celebration on the Blackfeet Indian Reservation in Browning, Mont., Friday, July 13, 2018. North Dakota Democratic Sen. Heidi Heitkamp says Native American women are often subject to high rates of violence. "It becomes a population that you can prey on because no one does anything about it. Because there's no deterrence because there's no enforcement and no prosecution," said Heitkamp, who has introduced a bill aimed at addressing this issue. 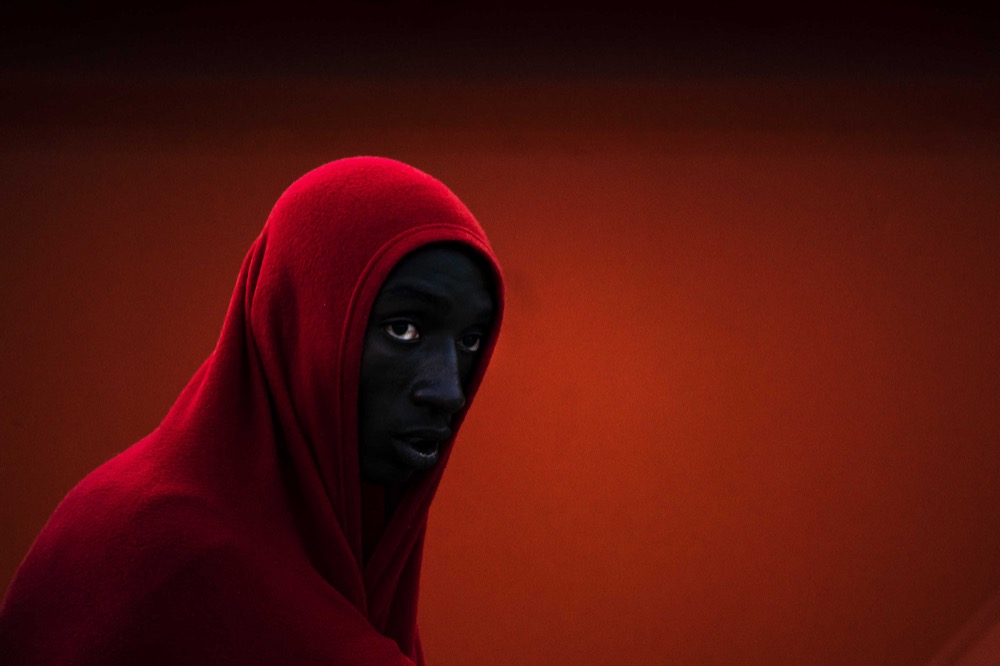 A migrant, part of a group intercepted off the coast in the Mediterranean Sea, stands in a queue after arriving on a rescue boat at the port of Motril, southern Spain October 2, 2018. 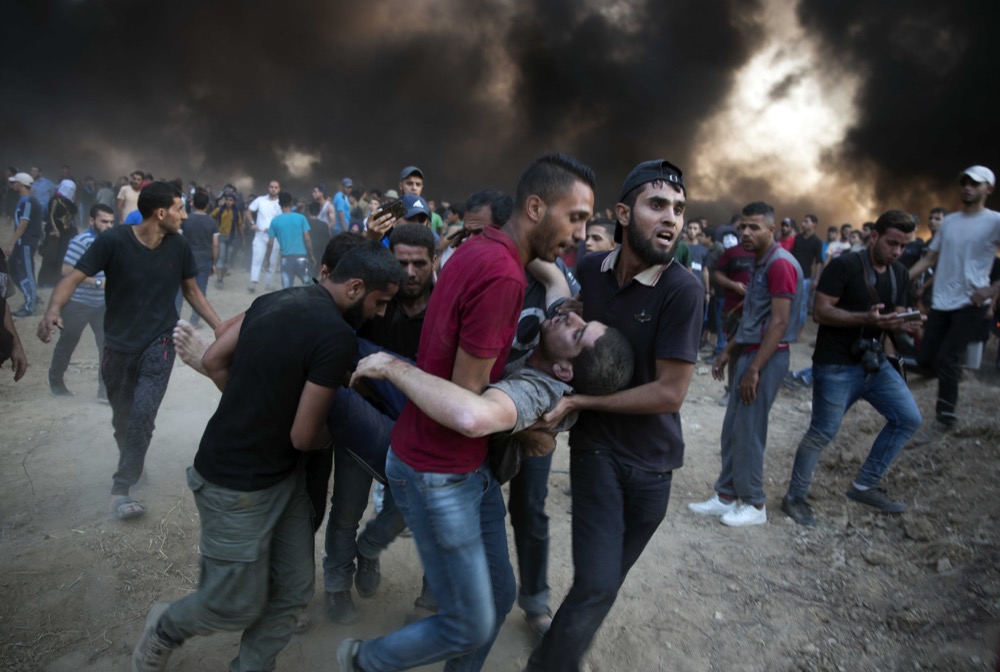 Palestinian protesters evacuate a wounded man was shot by Israeli troops during a protest at the Gaza Strip's border with Israel, Friday, Oct. 12, 2018. 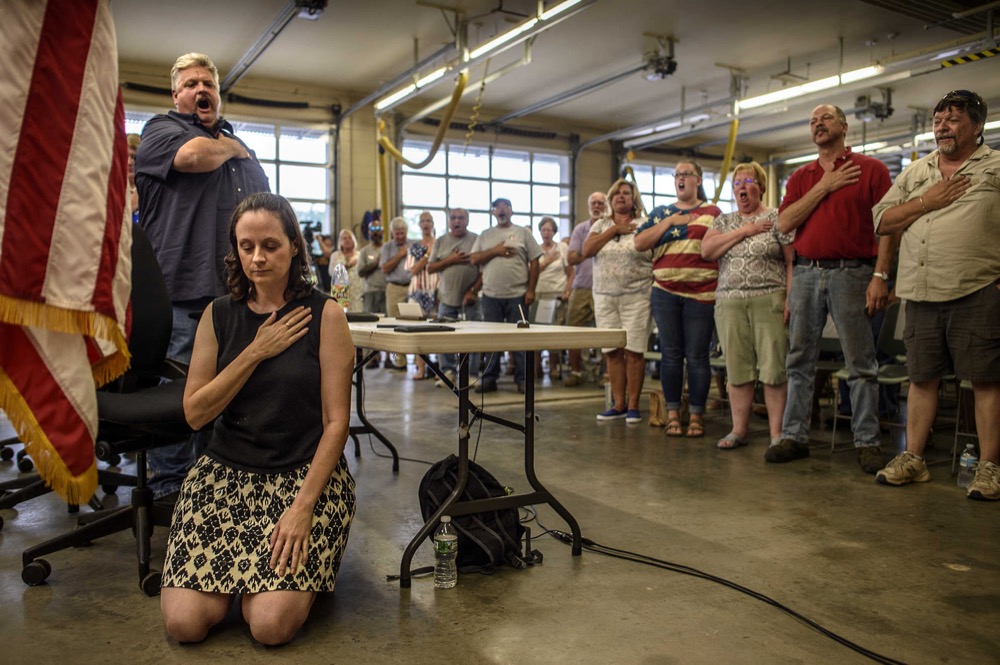 Haddam, Ct. - 07/30/2018 - Surrounded by a crowd bellowing, "with liberty and justice for all," Haddam Selectwoman Melissa Schlag kneels in front of a United States flag as the pledge of allegiance is recited to start her town's board meeting. Schlag knelt two weeks earlier, at the town's July 19 meeting, citing her "extreme sorrow" for many things related to Donald Trump's presidency including his apparent rejection, after meeting with Vladimir Putin, of the U.S. intelligence community's assessment that the Russians interfered in the 2016 U.S. election. As part of her protest, Shlag also cited the U.S. immigration policy of caging migrant children, breaking up migrant families and President Trump's callous treatment of women and minorities. 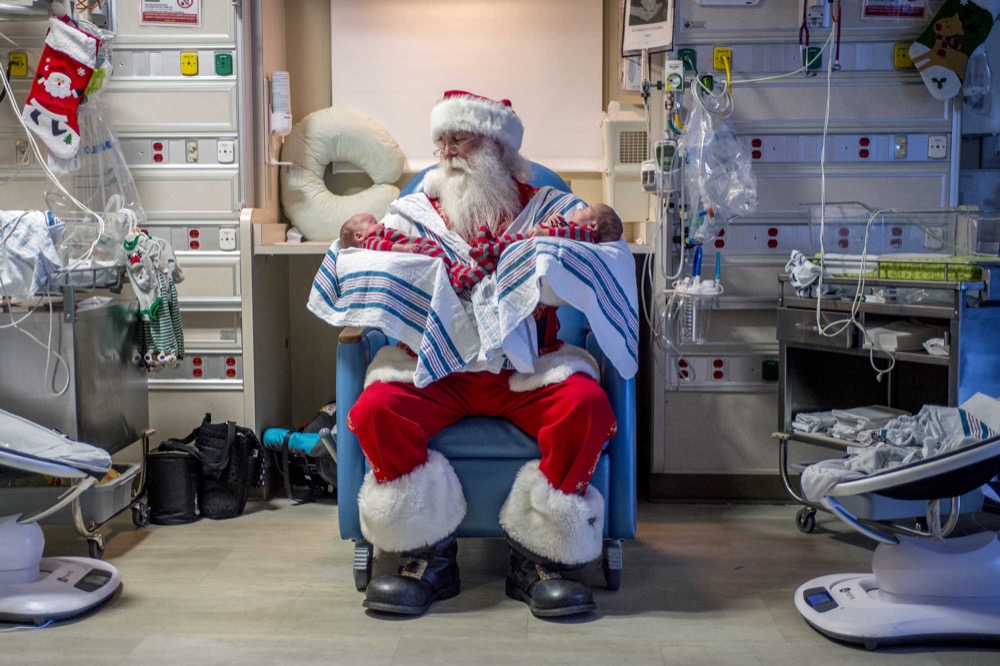 Santa Claus, portrayed by Montrose resident Dale Nowak, smiles as he holds 6-week-old Smith Sparks, left, and his twin brother Sullivan, both of Davison, as he visits with 25 prematurely-born infants too small to leave the hospital and their families in the Neonatal Intensive Care Unit on Wednesday, Dec. 6, 2017 at Hurley Medical Center in Flint. 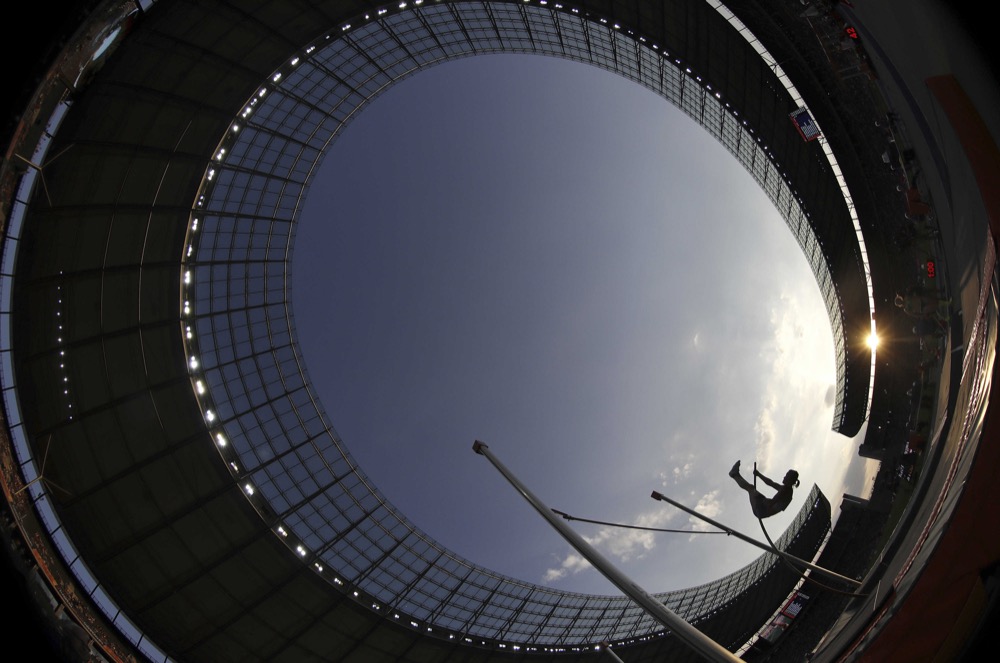 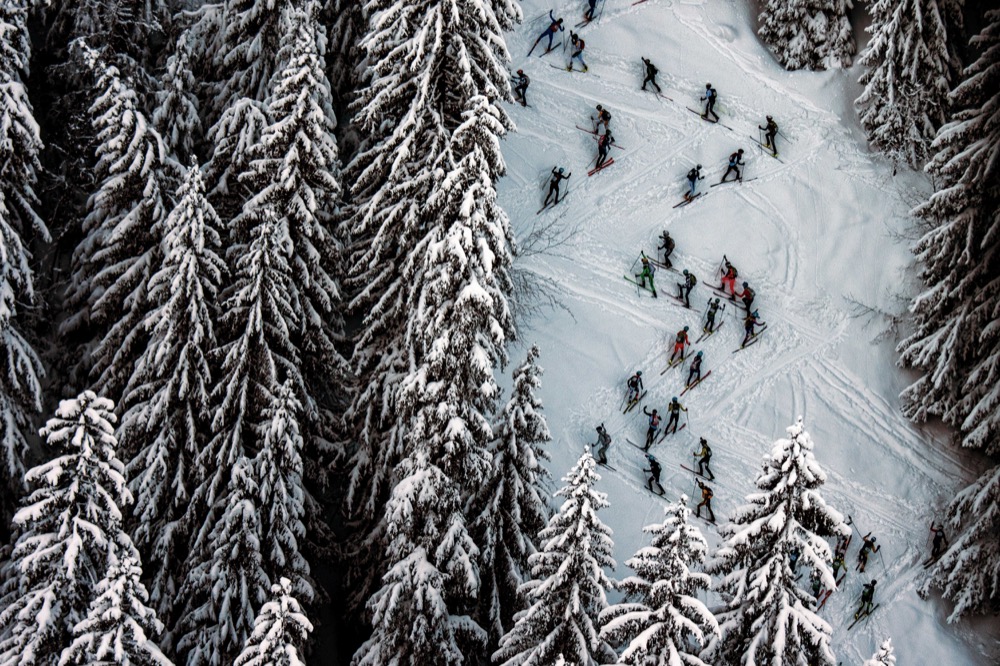 Skiers compete on March 14, 2018 during the first stage of the 33rd edition of the Pierra Menta ski mountaineering competition in Areches-Beaufort. 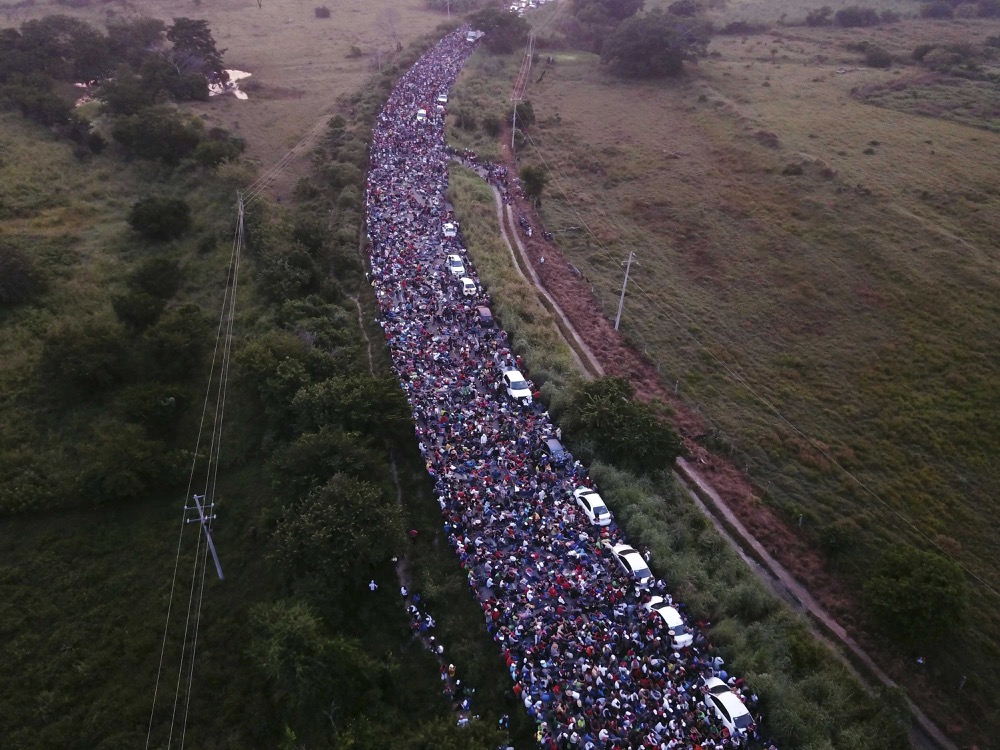 This series chronicles the migrant caravan heading north from Central America to the United States. Members of a US-bound migrant caravan cross a bridge between the Mexican states of Chiapas and Oaxaca after federal police briefly blocked them outside the town of Arriaga, Saturday, Oct. 27, 2018. 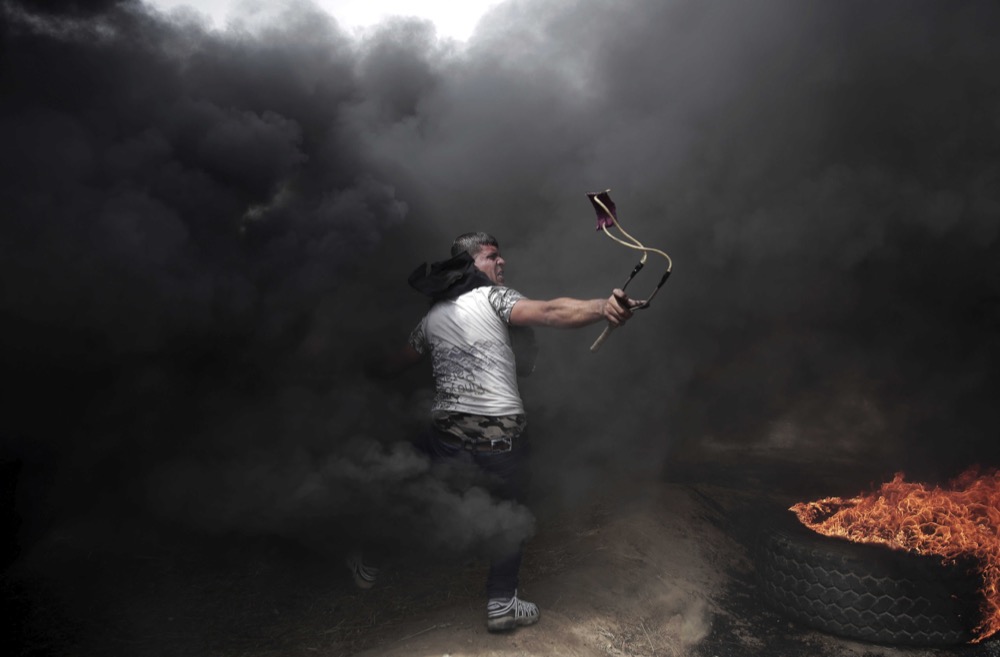 This series chronicles the latest escalation between Israel and Palestine. A Palestinian protester hurls stones at Israeli troops during a protest at the Gaza Strip's border with Israel, Friday, April 20, 2018. 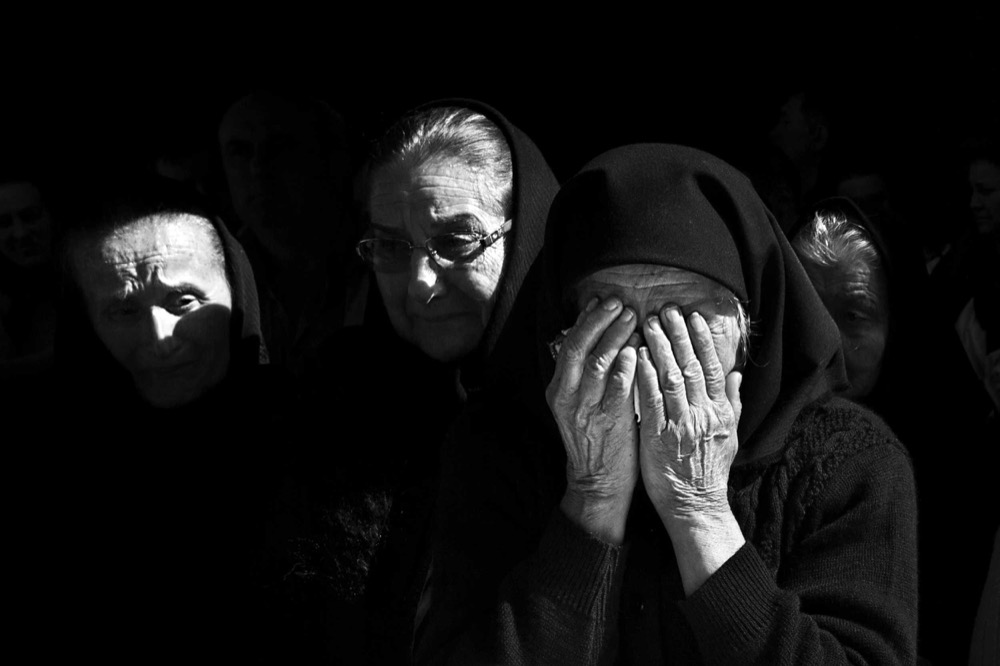 In the popular belief, death is the last season, the winter of life, returning to the earth from which new slips will sprout in spring.When a family member died, the bells would toll thrice a day (until burial day).The family members would wear black traditional attire; women would have their hair loose or wear black head kerchiefs. Men wouldnt wear hats and would have their facial hair unshaven.After the bath of the deceased, he would be clothed in the clothes prepared before his passing and he would be put in a coffin so that the people would say goodbye. In the coffin there had to be some tree bark, white linen and a pillow. The eyes of the deceased would be closed, not to see the bereavement surrounding him, and the mirrors would be covered or turned towards the wall.As a rite, mourning would be done by family members, or in some cases, by female mourners outside family. They would sit inside or outside the house, near the windows, and behind the carriage used to carry the deceased to the burial site.The burial would be held the third day a moment of grief and mourning for the family and the entire community. According to the rules of conduct imposed by the rural social life, not only family members were involved in the burial organisation, but also the community members.On the day of the burial, the sieve was prepared according to the area. They would put in a bucket a plum branch embellished with shapes made of bread dough, walnuts, apples, and candies.Leading the convoy were men waving flags embellished with cloth and braided bread. They were followed by those who carried the tree for burial, and later followed by the ox-driven carriage and the bereaved family, relatives, and villagers. After the ceremony, boiled wheat and sugar would be given to the attendants.At the house of the deceased, there would be a proper ceremony, represented by a moment of solidarity for the family who lost a member. 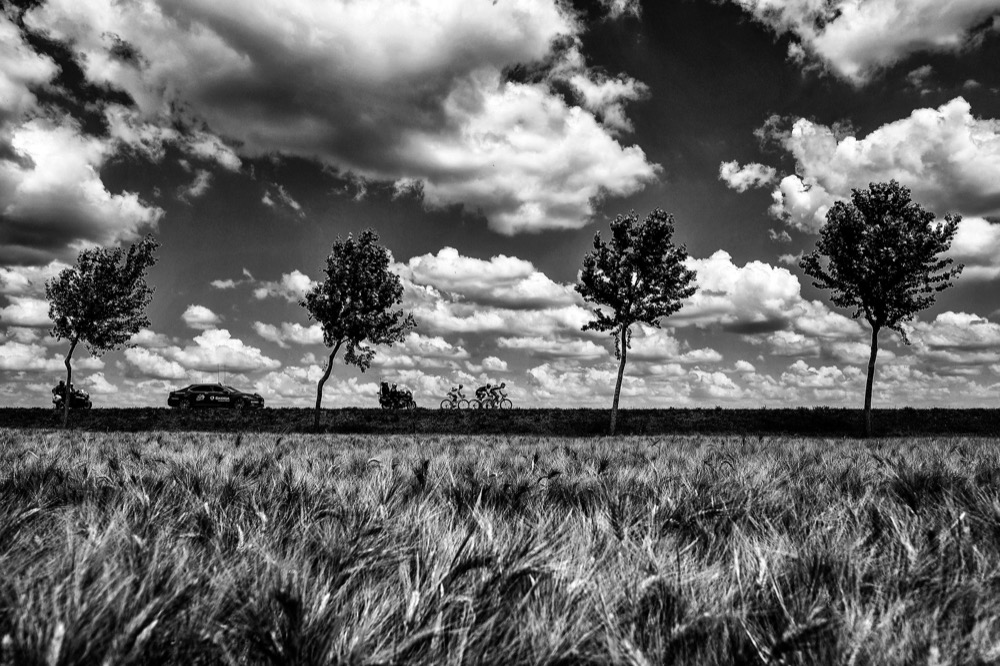 Below is a list of the winners from the Atlanta Photojournalism Seminar's 2018 photo contest. Thank you to everyone who entered and participated in the contest, and congratulations to the winners!