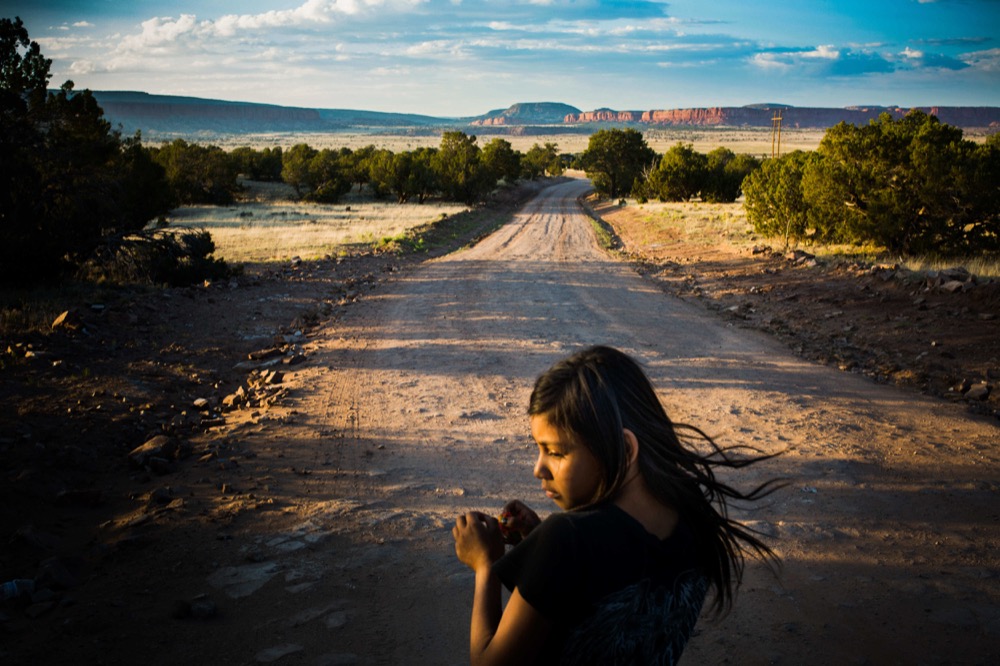 Story Description: On July 16, 1945, the first atomic bomb detonation took place in a test explosion near Socorro, New Mexico, setting into motion an arms race that needed one main raw ingredient: weapons-grade uranium. Land in the American Southwest that was made up of barren desert scrub brush and sandstone mesas was found to be incredibly rich in uranium ore. The people of the Navajo Nation sat on some of the largest uranium deposits in the world. Hundreds of mines were opened and a boom began. But as is so often the case with indigenous populations, the vast majority of Navajos did not benefit from their own natural resources and unemployment now rests above 40 percent. Decades of irresponsible mining, chemical dumping, and radioactive spills have left large swathes of the Navajo Nation with crystal clear, yet contaminated and undrinkable ground water. More than a decade has passed since the last uranium was mined on Navajo land, but the death and disease it brought is far less removed. Over 30,000 sick Navajo miners have been compensated under the Radiation Exposure Compensation Act that awards a cash sum to those who can prove that they are sick or dying from their time spent working in the mines. Many more will die in the coming years, but their legacy is lost on much of the country. The president has called for a second nuclear arms race as miners still die from the first. In Navajo tradition, four sacred mountains are said to mark the edges of the Navajos land and are believed to watch over the people. In one prayer, the four mountains speak to the Navajo saying: My child I will feed you, give you good health, and I will give you strength and courage. My child I will give you clean air and clean water to drink. I am your Life. But from beneath the mountains on the Navajo Nation Reservation have come some of the richest deposits of uranium in the world, and with them sickness, suffering, pain, and loss. Today, the Navajo know this bitter irony all too well. They live it. ************************ Do you want me to show you where I dreamed of the water running? Desaire Gaddy muses. All through here, just blue water and dolphins. As dusk approaches, Desaire explores the dry scrubland that surrounds her rural home outside of Thoreau, NM. Gaddy was moved back onto the Navajo Nation Reservation from her life in Florida to stay with relatives who live without running water due to the ongoing water crisis. Most children grow up on the reservation knowing nothing of another life, but not she. 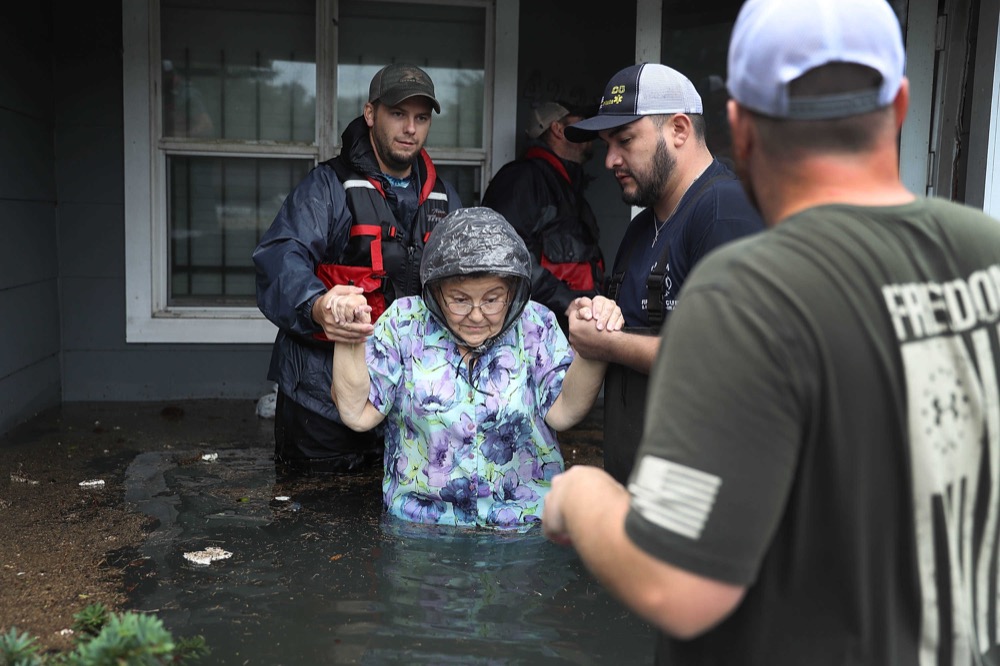 Volunteer rescuer workers help a woman from her home that was inundated with the flooding of Hurricane Harvey on in Port Arthur, Texas. 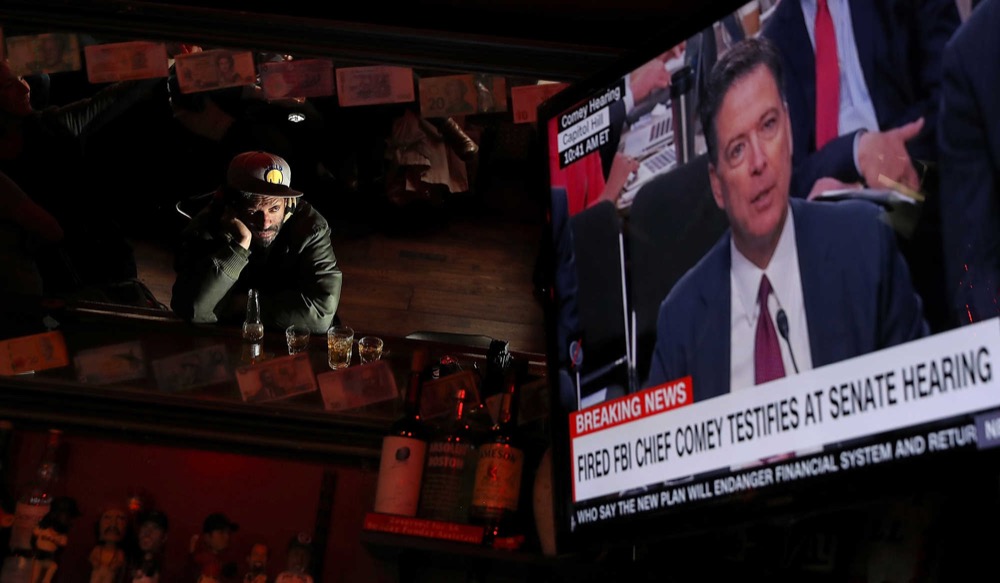 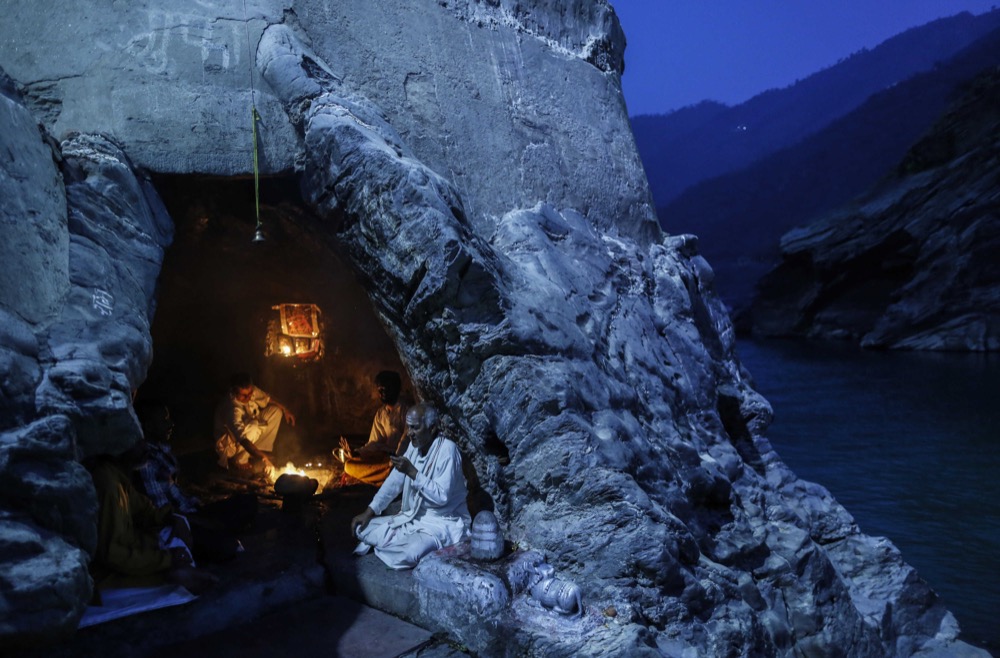 Hindu priests sit inside a cave as they perform evening prayers on the banks of the river Ganges in Devprayag, India, March 28, 2017. 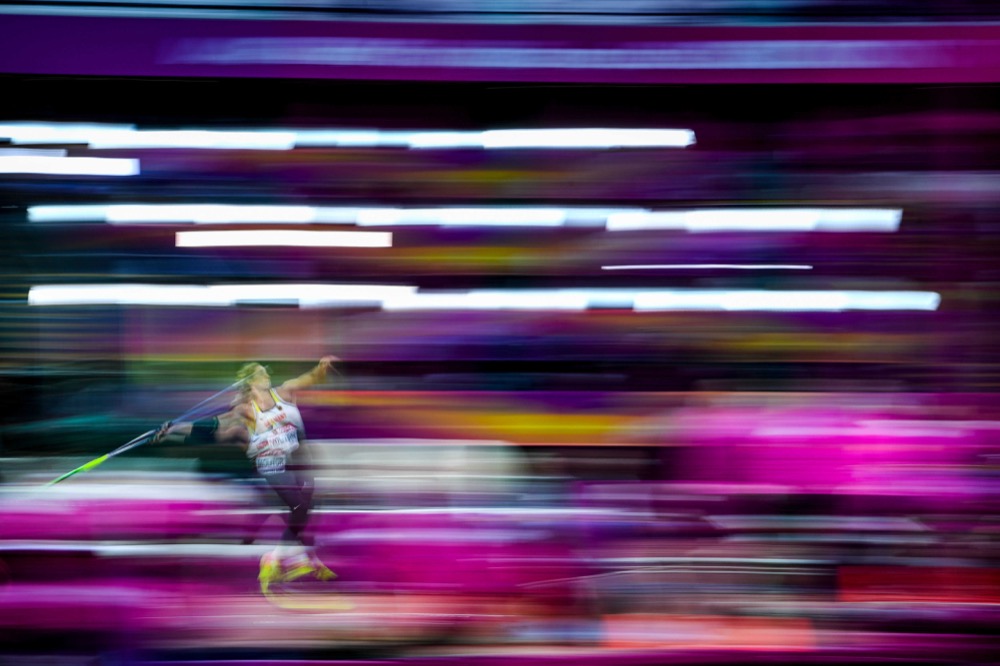 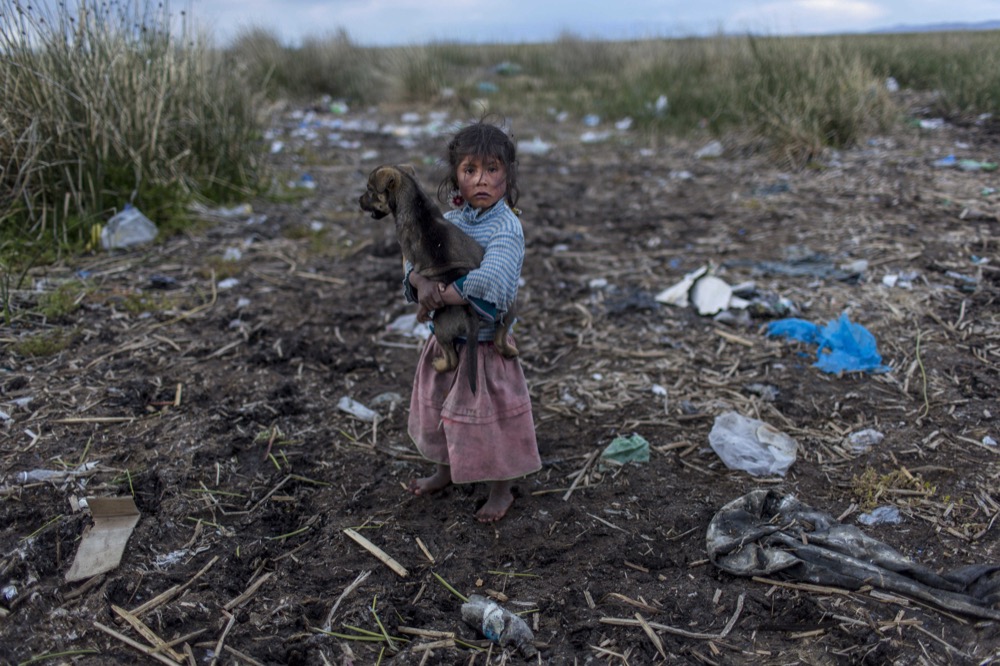 In this Feb. 4, 2017 photo, Melinda Quispe walks on the trash strewn shore of Lake Titicaca, as she holds her dog, in her village Kapi Cruz Grande, in the Puno region of Peru. The governments of Peru and Bolivia signed a pact in January to spend more than $500 million to attack the pollution problem of Lake Titicaca, though the details were vague. 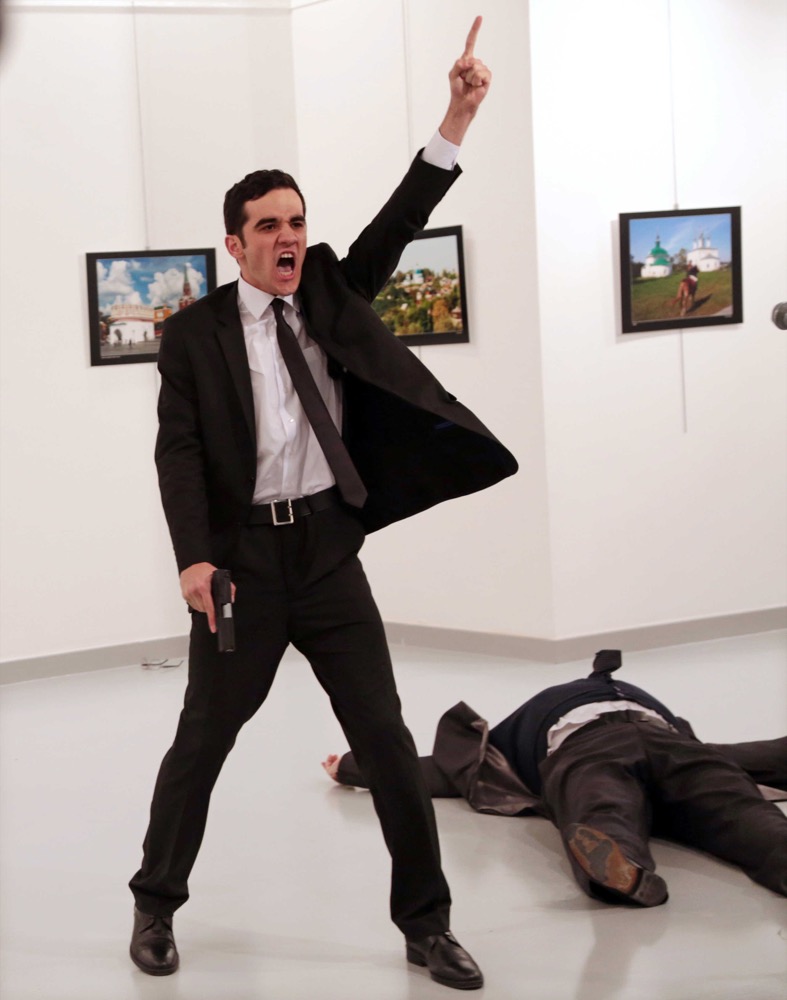 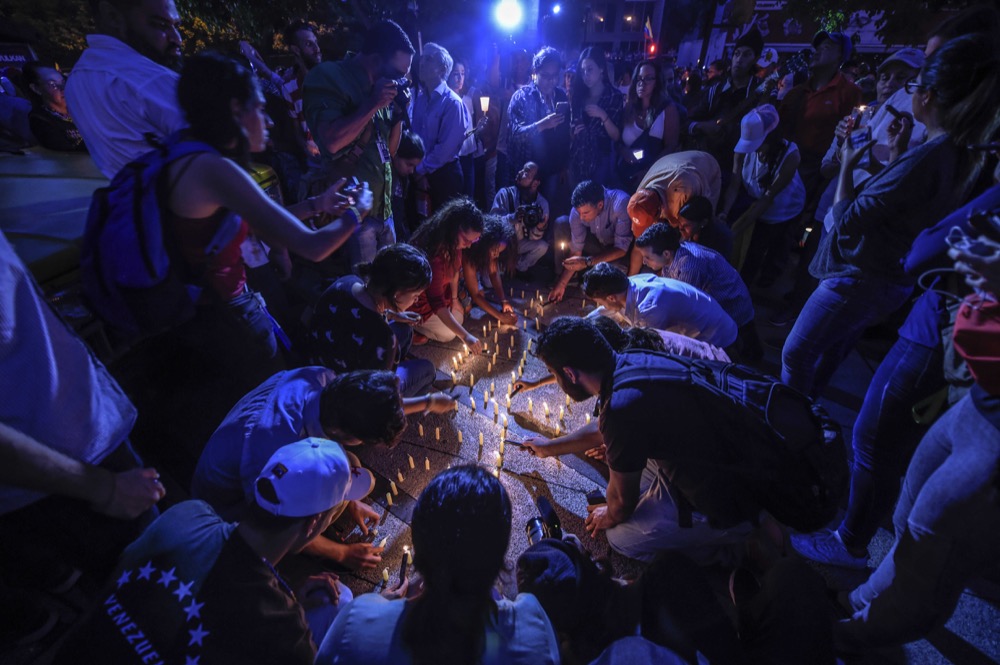 Opposition activists place candles to protest against the deaths of 43 people in clashes with the police during weeks of demonstrations against the government of Venezuelan President Nicolas Maduro, in Caracas on May 17, 2017. The United States warned on Wednesday at the United Nations that Venezuela's crisis was worsening and could escalate into a major conflict similar to Syria or South Sudan. / 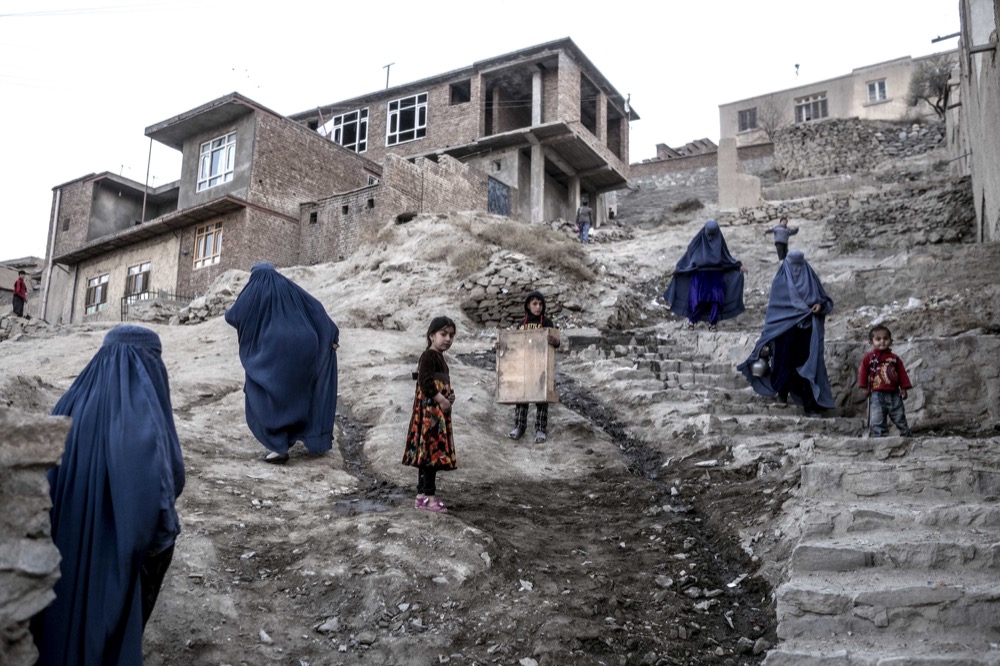 Burger clad women walk up and down the stairs in Arefaan-Asheghaan neighborhood of Kabul, Afghanistan. 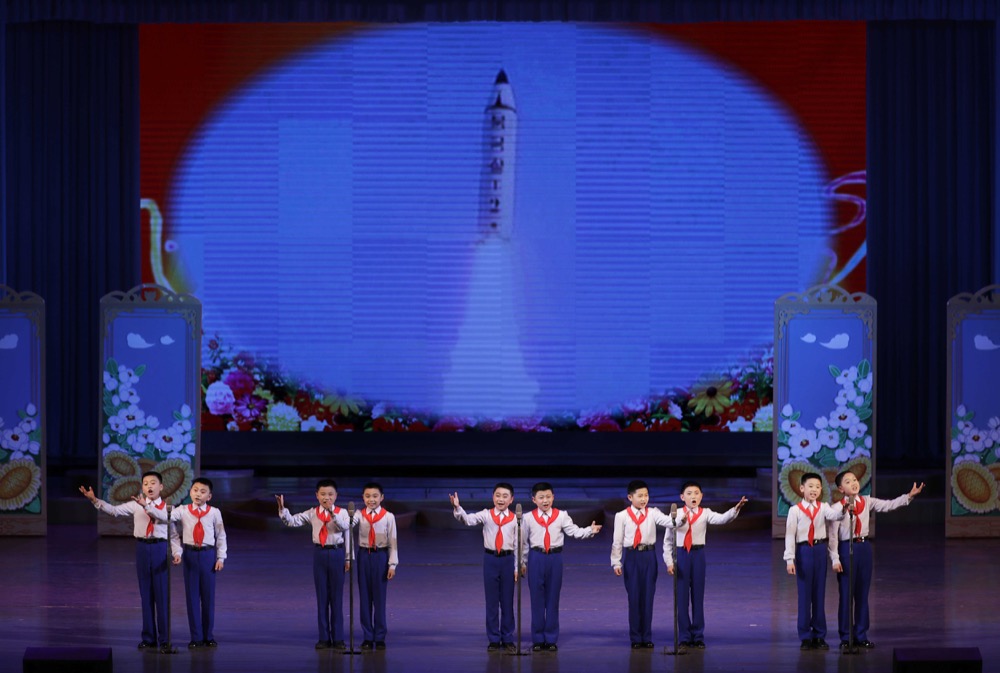 North Korean school children perform at the Mangyongdae Children's Palace while an image of a space launch vehicle is projected on a screen on Friday, April 14, 2017, in Pyongyang, North Korea. Amid rising regional tensions, Pyongyang residents have been preparing for North Korea's most important holiday: the 105th birth anniversary of Kim Il Sung, the country's late founder and grandfather of current ruler Kim Jong Un. 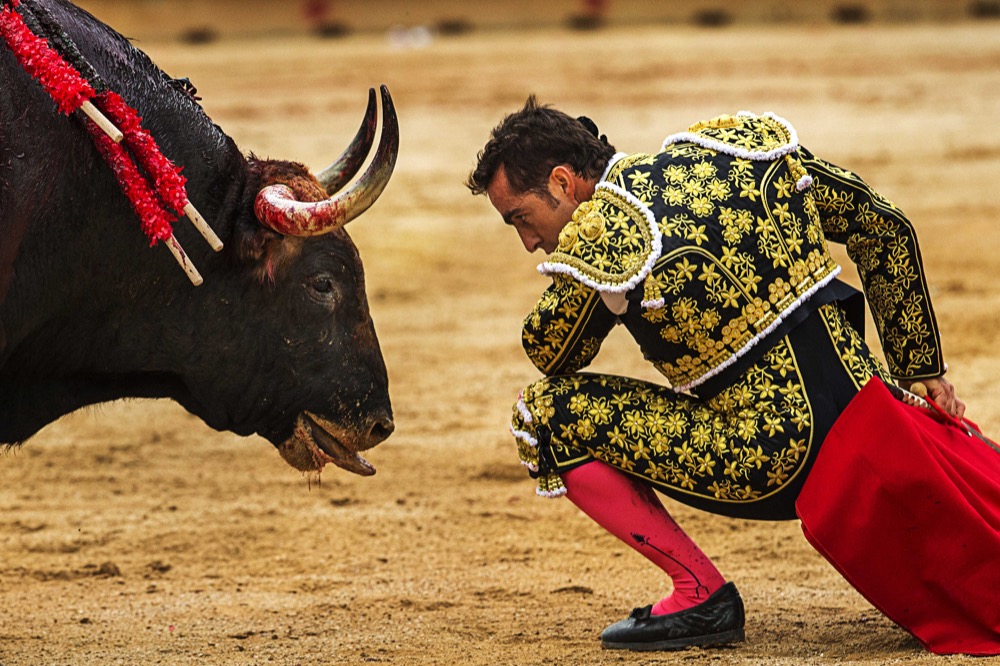 The Spanish bullfighter El Fandi faces the bull moments before killing him. Bullfighting is an ancient tradition in Spain and the season runs from March to October.

Below is a list of the winners from the Atlanta Photojournalism Seminar's 2017 photo contest. Thank you to everyone who entered and participated in the contest, and congratulations to the winners!