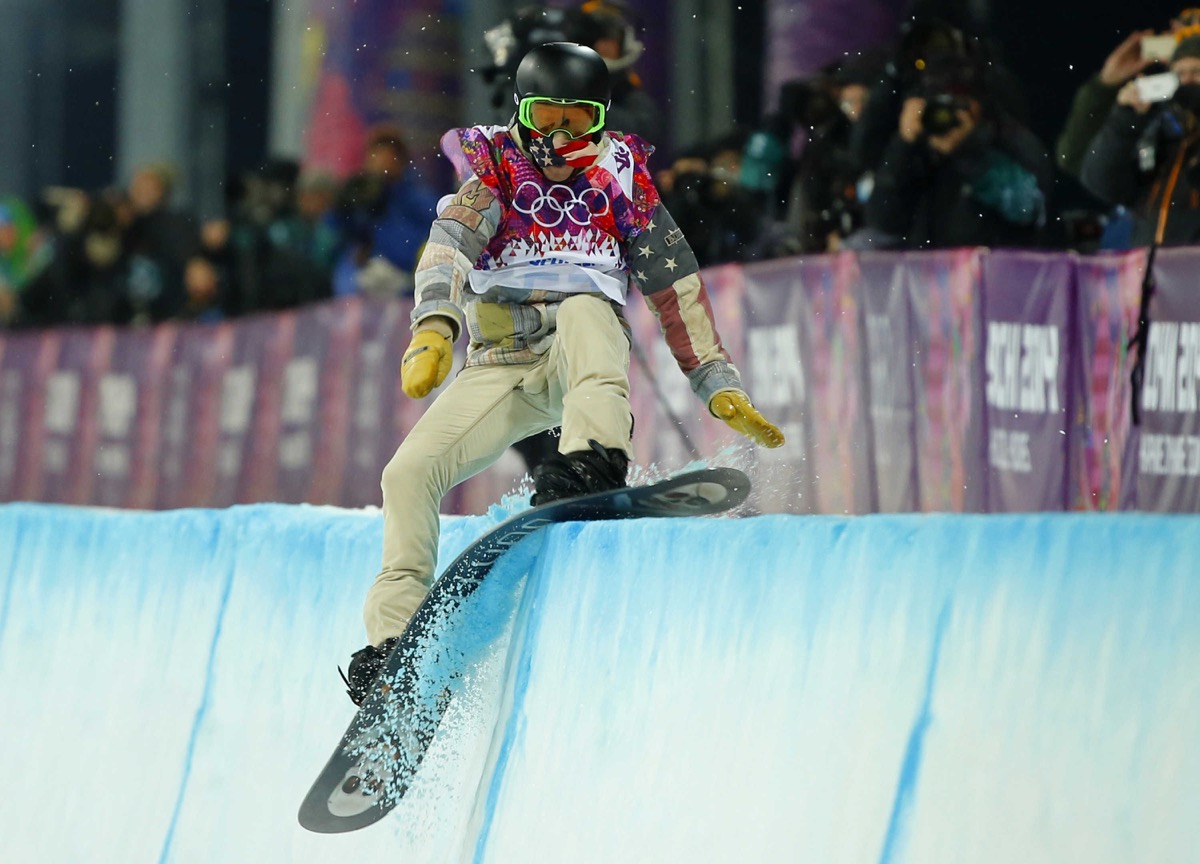 U.S. snowboarder Shaun White hits the lip as he fails to land a maneuver cleanly in the finals during the men's halfpipe competition at the 2014 Sochi Winter Olympic Games in Rosa Khutor February 11, 2014. 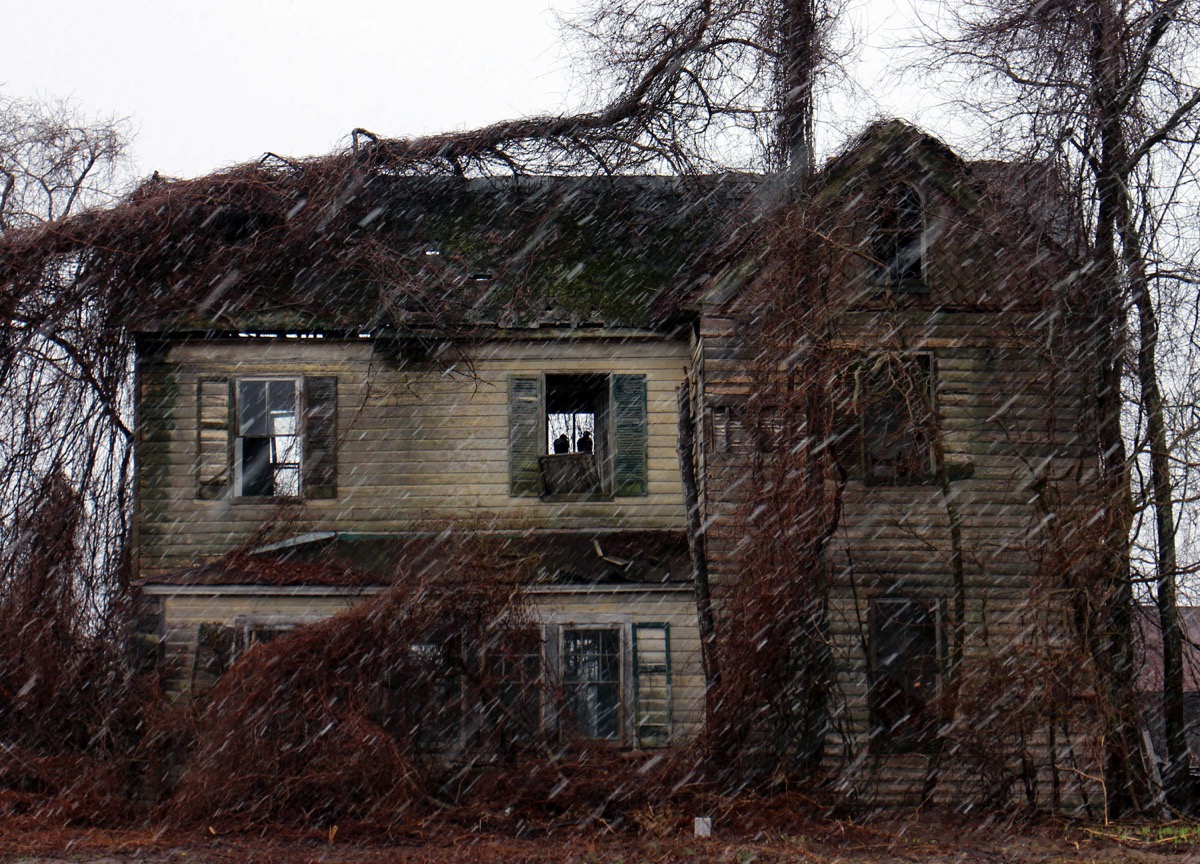 Two Turkey Buzzards stay out of the weather and sit in the window of an abandoned farmhouse, March 30, 2014 in Owings, Maryland 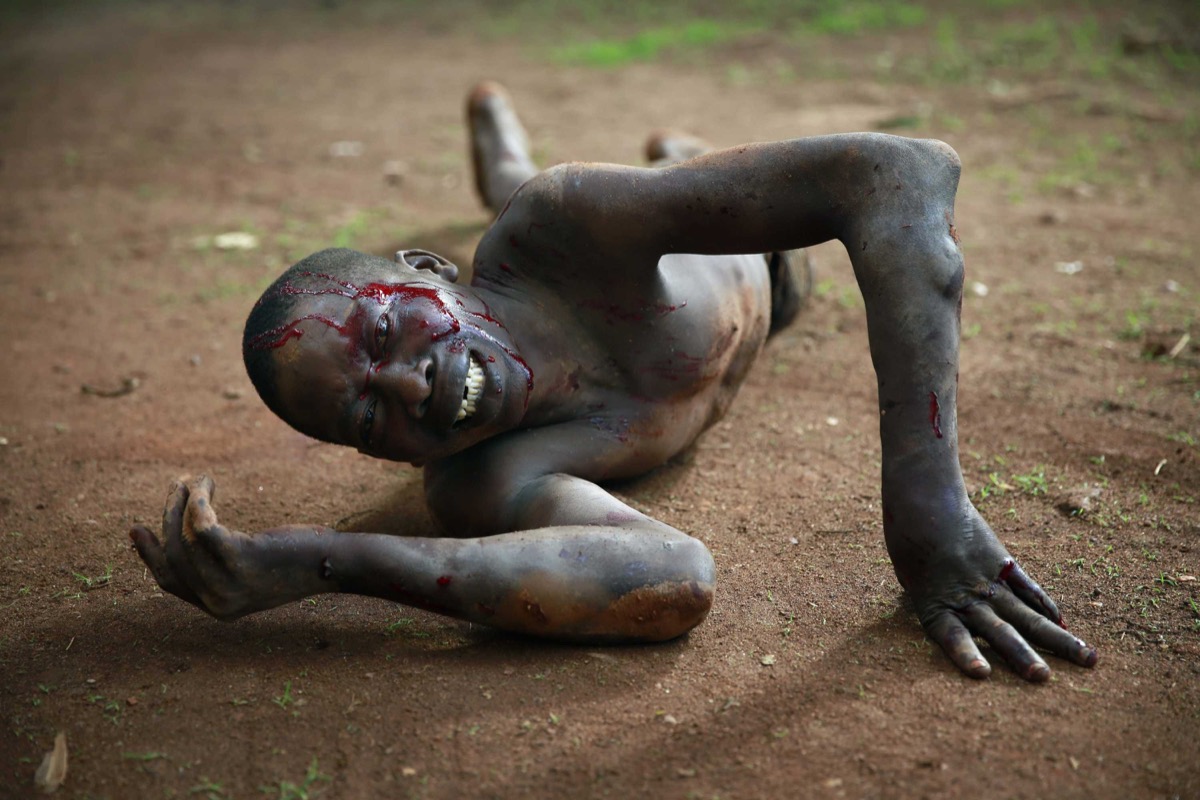 Kevin, a man accused of being a thief by civil servants at the Work Inspection office, lays in pain after being attacked by a man with a machete and sticks, in plain view of others, in Bangui, Central African Republic, Friday, April 18, 2014. Foreign journalists intervened and stopped the beating, as the crowd shouted "he is a thief, he must die." 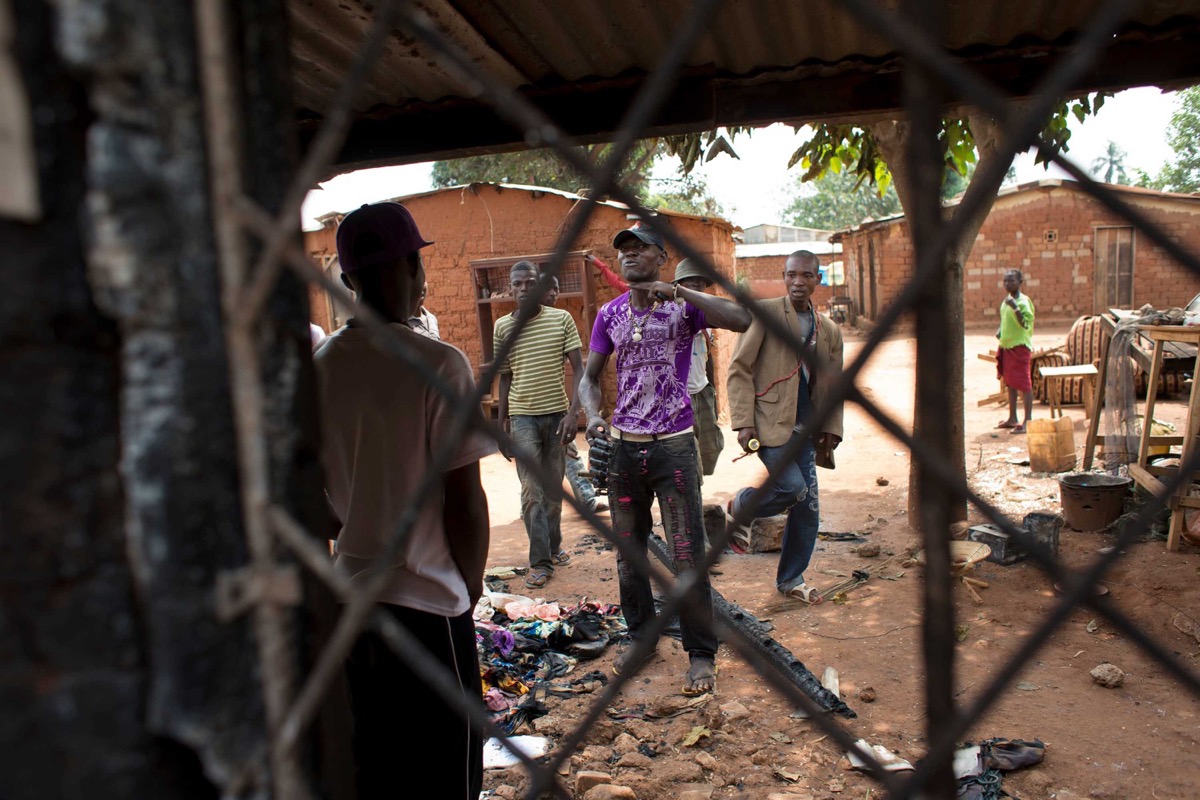 An anti-balaka militiaman gestures as he vows that the Christian militia will kill all the Chadians if they don't leave the country, in front of a home local residents say was destroyed by Chadian rocket fire, in the Gobongo neighborhood of Bangui, Central African Republic, Thursday, Dec. 26, 2013. 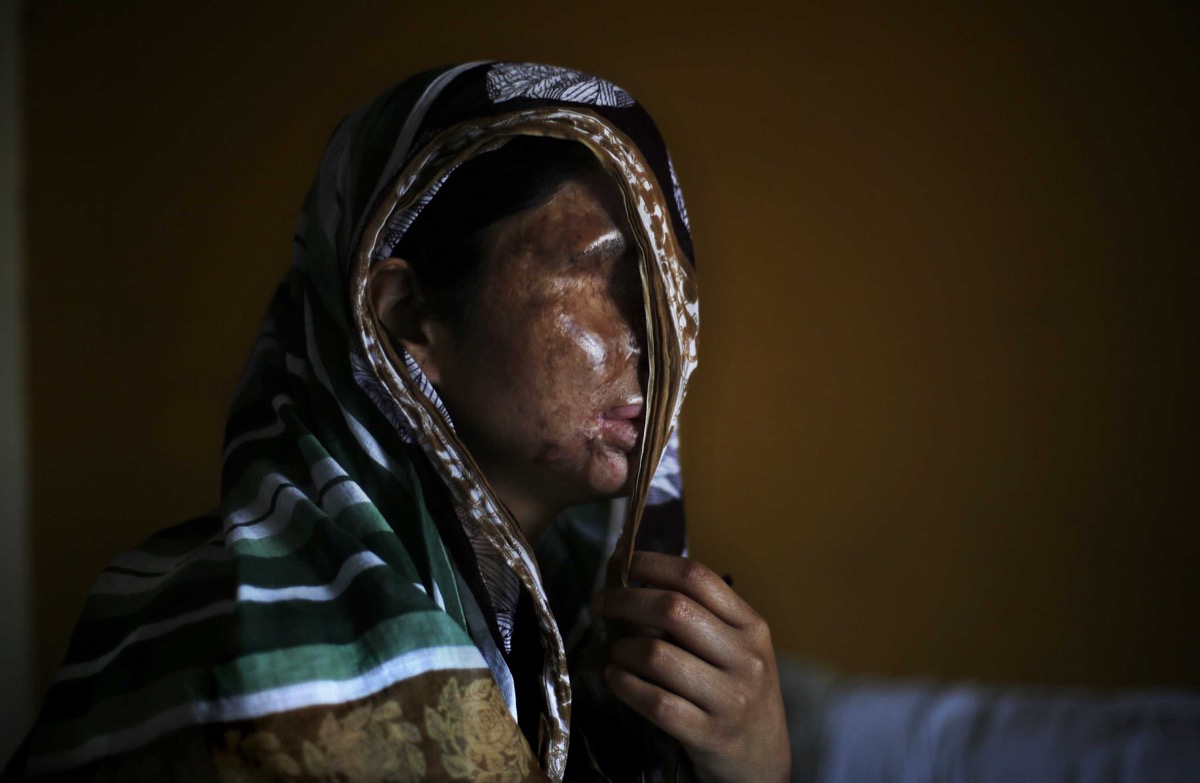 In this Thursday, Dec. 5, 2013 photo, a 30-year acid attack victim, name withheld on request, sits in the office of the Indian NGO Stop Acid Attacks, in New Delhi, India. 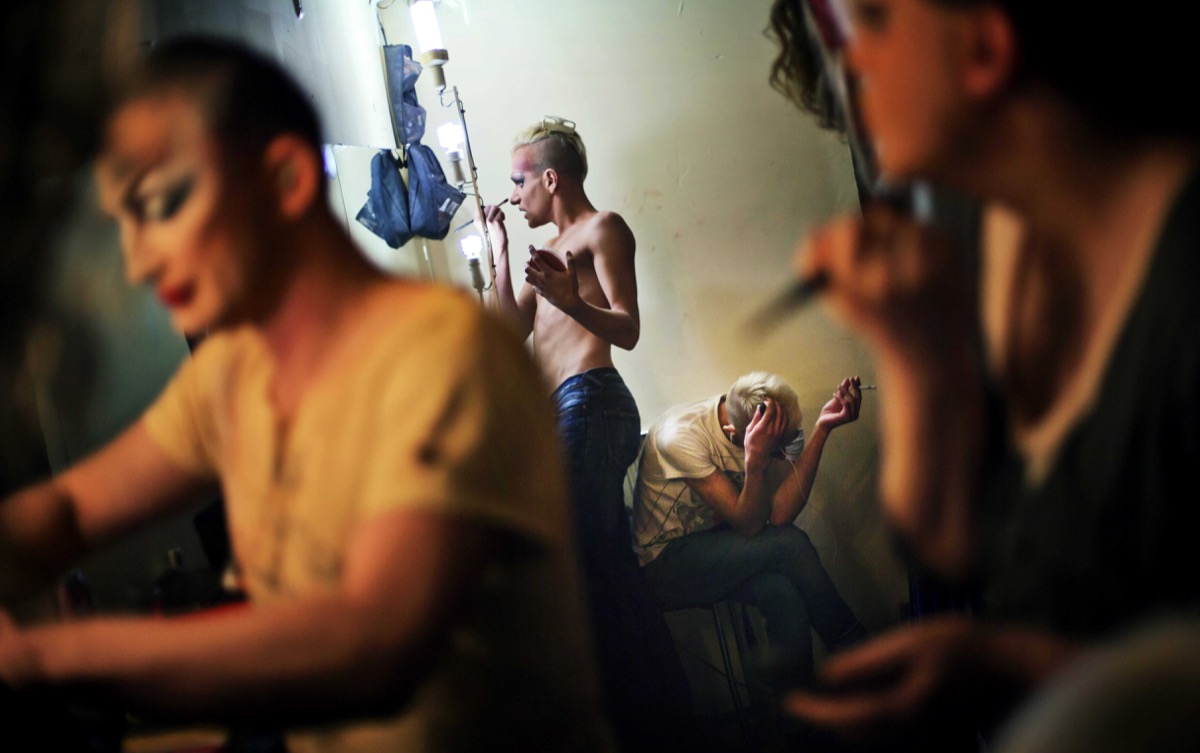 In this photo taken Saturday, Feb. 8, 2014, performers get ready backstage before a performance at the Mayak cabaret, the most reputable gay club in Sochi, Russia, host to 2014 Winter Olympics. Russia adopted a law last year, prohibiting vaguely defined propaganda of non-traditional sexual relations and pedophilia. The legislation makes it illegal to disseminate information to children even if it merely shows that gay people are just like everybody else. At Mayak, packed on Saturday night, gay men and women steered away from discussing the law, preferring to enjoy life, closeted as it is. About a hundred people were chatting at the bar, sitting in armchairs or dancing. Couples were sharing kisses. Everyone was waiting for the club's specialty: a drag show. At 1.30 a.m. on Sunday, the music stopped and the show began. 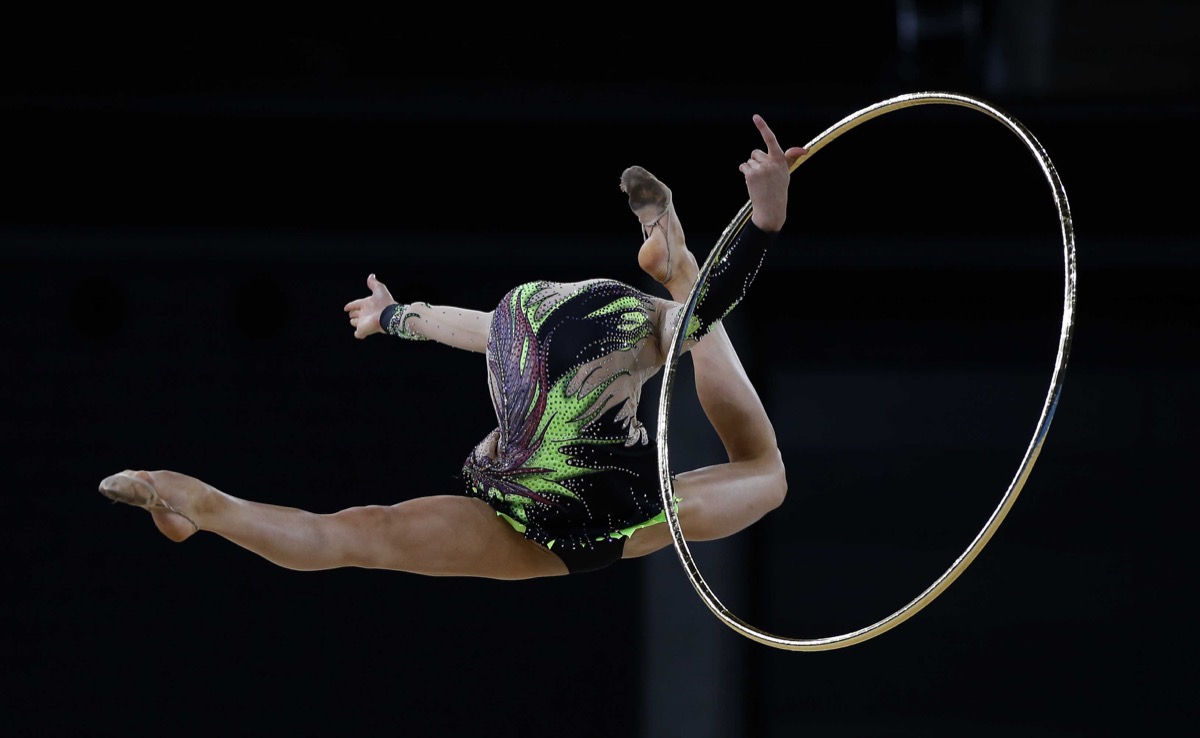 Laura Halford of Wales jumps during her hoop routine as she competes in the rhythmic Gymnastics individual all-around final at the 2014 Commonwealth Games in Glasgow, Scotland, July 25, 2014. 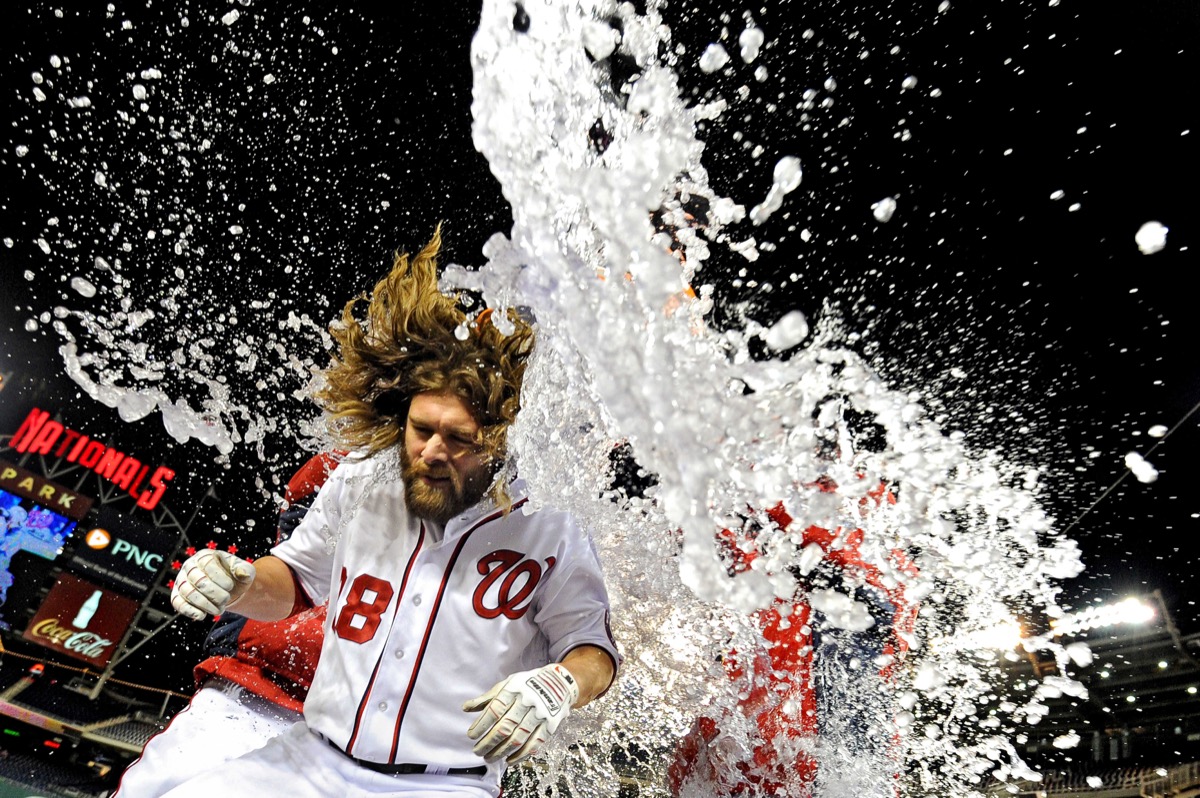 WASHINGTON, DC - APRIL 23: Jayson Werth #28 of the Washington Nationals is doused with water by teammates, after he hit an RBI double to score two runs to tie the game in the ninth inning, against the Los Angeles Angels of Anaheim at Nationals Park on April 23, 2014 in Washington, DC.

Below is a list of the winners from the 2014 Atlanta Photojournalism Seminar Contest. Thank you to everyone who entered and participated in the contest, and congratulations to the winners!

Click the category title to view the winning images.