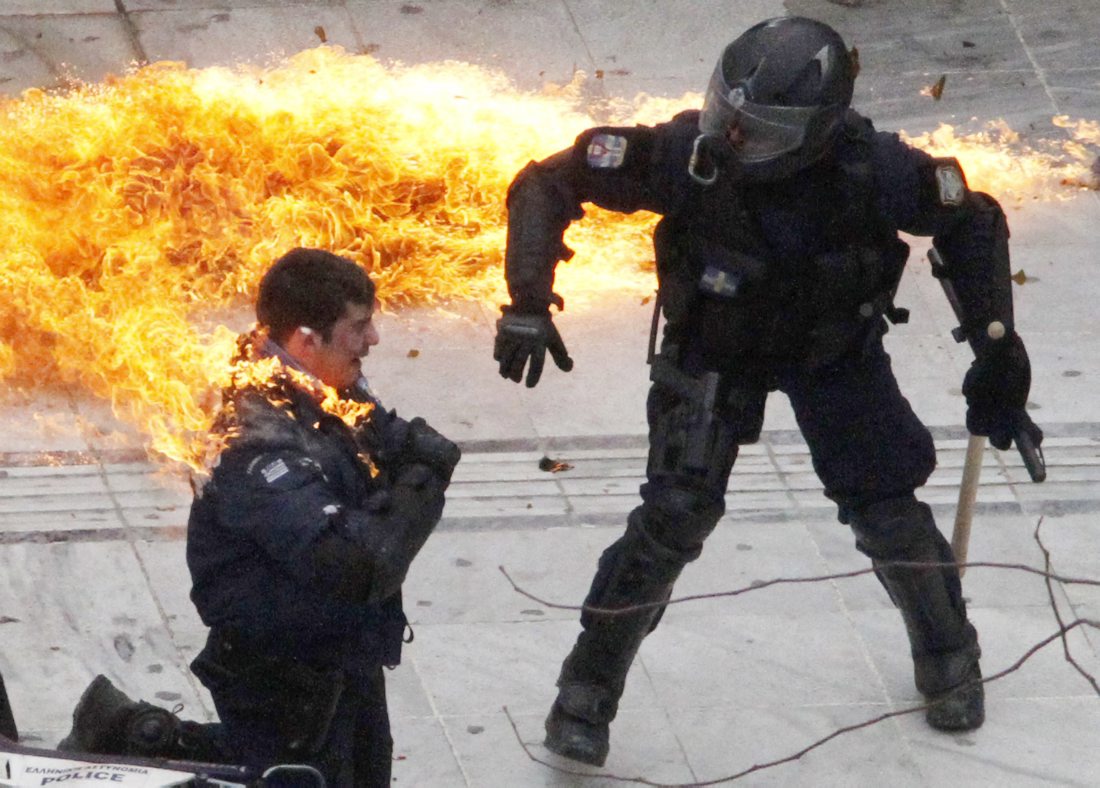 A motorcycle policeman burns as his colleague, left, tries to help him after protesters threw a petrol bomb in Athens, Wednesday, Feb. 23, 2011. "Caught On Fire" 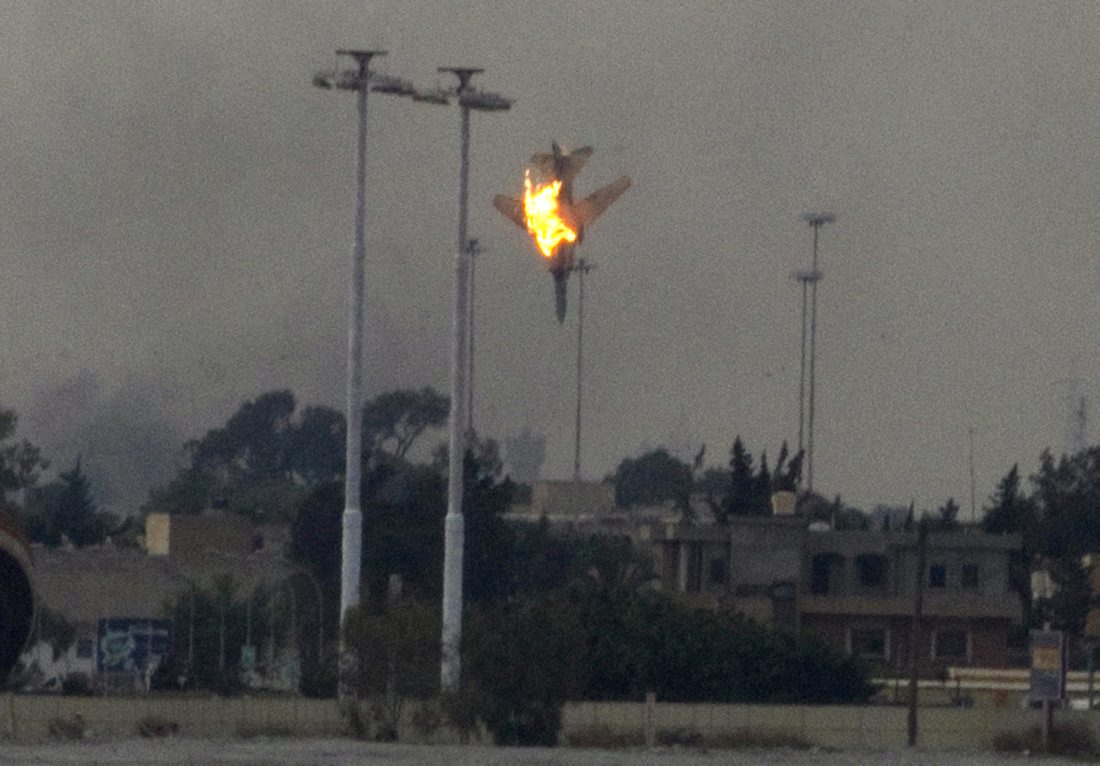 A warplane of Gadhafi's forces is seen being shot down over the outskirts of Benghazi, eastern Libya, Saturday, March 19, 2011. Explosions shook the Libyan city of Benghazi early on Saturday while a fighter jet was heard flying overhead, and residents said the eastern rebel stronghold was under attack from Muammar Gaddafi's forces. "Going Down" 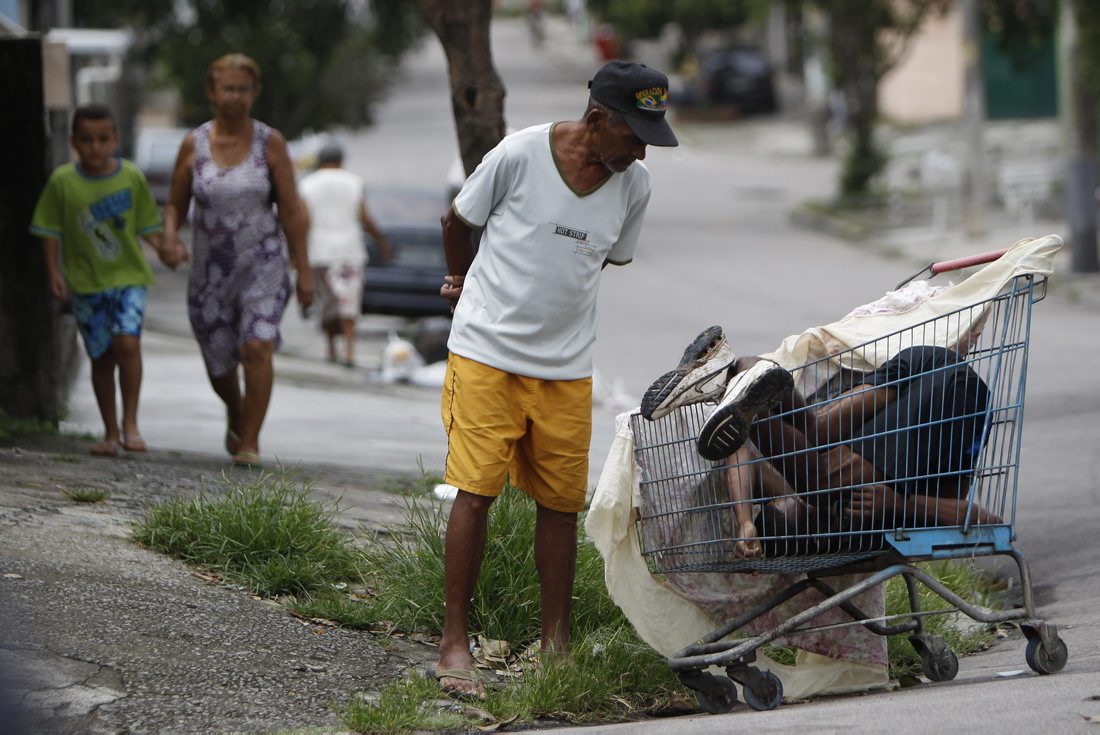 A resident looks at a body left inside a supermarket cart at the Juramento slum in Rio de Janeiro, Brazil, Monday, Dec. 6, 2010. "Body Cart" 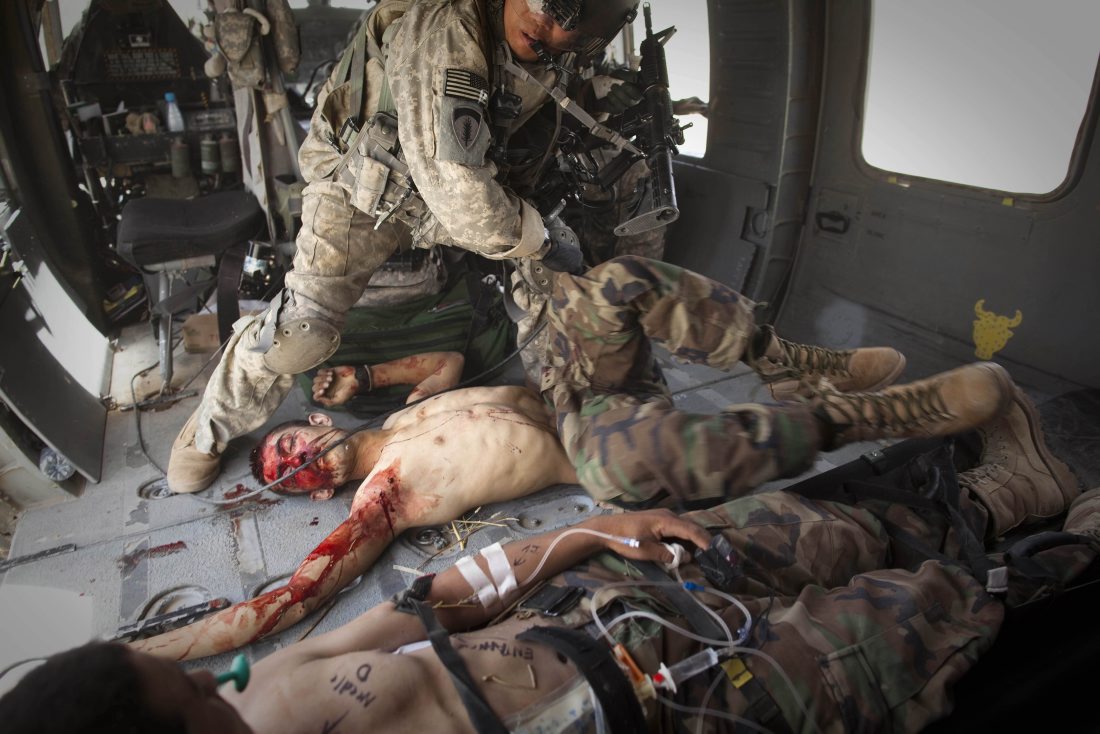 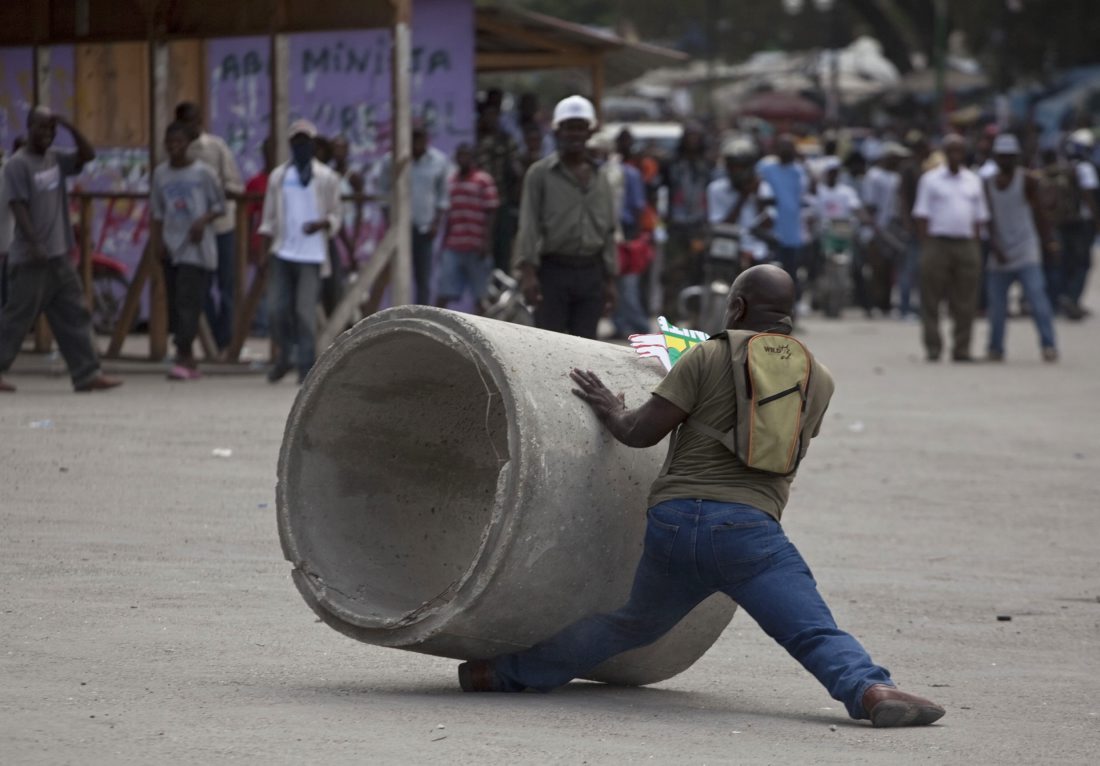 A demonstrator tries to stop a concrete pipe from crushing his leg during a protest against Haiti's President Rene Preval in Port-au-Prince, Haiti, Monday Feb. 7, 2011. "Protest Crush"